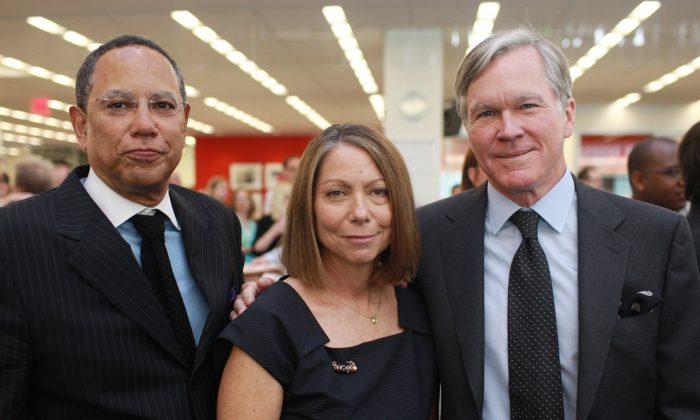 Jill Abramson Salary, Husband: Problems With Pay and How She Has The Times Immortalized in a Tattoo

According to The Times, former executive editor Jill Abramson, was fired because of “an issue with management in the newsroom.” Abramson, 60, was on the post for just under 3 years, and was said to have friction with publisher, Arthur O. Sulzberger Jr..

Huffington Post also reported that Abramson companied about her salary being lower than that of her male predecessor Bill Keller. Politico then interviewed spokesperson from The Times.

“Jill’s total compensation as executive editor was not less than Bill Keller’s, so that is just incorrect. Her pension benefit, like all Times employees, is based on her years of service and compensation. The pension benefit was frozen in 2009,” spokesperson Eileen Murphy told the publication.

But the memories from work at the paper will be hard to erase, as Abramson is said to have four tattoos, one of which is a letter “T” that stands for The Times. Another letter “H” stands for her husband’s name, Henry Little, and Harvard, where she graduated with a BA in History and Literature and met her husband.

“It’s become for me a strange form of personal hieroglyphics. I have now four,” Abramson told the International Business Times.