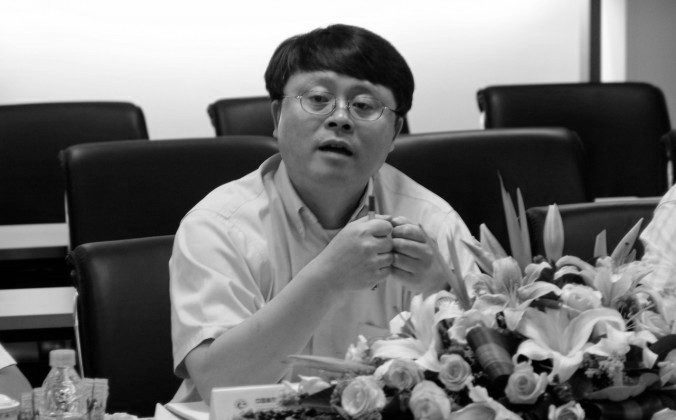 Mainland Chinese media have been speculating about the political reasons behind the recent resignation of Jiang Mianheng, the elder son of former Chinese Communist Party leader Jiang Zemin.

Mianheng resigned from his position as president at China’s top scientific research institute, the Chinese Academy of Science’s Shanghai branch, “Due to reasons of age,” the academy announced on Jan. 8. However, at 64 years old, Jiang Mianheng, (born in April 1951), is still a year younger than the age at which officials normally retire, 65.

Last November the semi-official media outlet Caixin reported on Jiang Mianheng’s business ties with the brother of sacked high official Ling Jihua. People speculate that article may have contributed to the early resignation of Jiang.

The nearly $32 million in assistance to Ling Wancheng’s career matched the time when Ling Jihua was promoted and when Jiang Mianheng’s father, Jiang Zemin, retired.

It’s well known that China Netcom is under the control of Jiang Mianheng. The 40 percent stake in Information Technical Service Co amounted to nearly $32 million in assistance to Ling Wancheng. This occurred at the very time when Ling Jihua was promoted and when Jiang Mianheng’s father, Jiang Zemin, retired.

In 2002, Ling Jihua was promoted to be the director of Chinese Communist Party (CCP) General Secretary Office, and he became the deputy director of the Central Office in 2003. Ling Jihua’s career in the officialdom appeared to be very bright.

On the contrary, Jiang Mianheng’s father, Jiang Zemin stepped down from the general secretary of the CCP in 2002, and from the position of the regime’s head of state in 2003.

Some speculate that Jiang Mianheng’s generous investment supporting Ling Wancheng was to win over Ling Jihua, so that even after Jiang Zemin would step down, his faction would still have power in the upper reaches of the Party to check Jiang Zemin’s successor, Hu Jintao.

Many allies in Jiang’s faction have been sacked under the anti-corruption campaign led by current CCP leader Xi Jinping in the past two years, including former security czar Zhou Yongkang and former vice chairman of the Central Military Commission Xu Caihou. The resignation of Jiang Mianheng removes another important individual from the group loyal to his father.