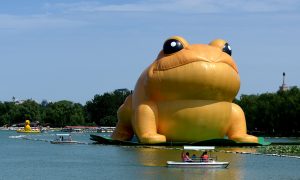 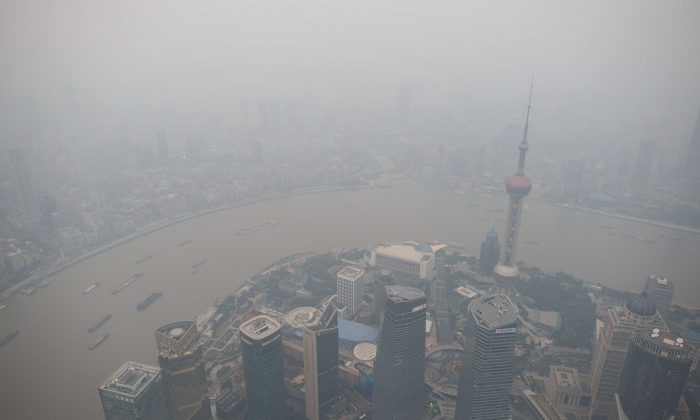 A general view shows the skyline of the Lujiazui Financial District in Pudong, seen from the 109th floor of the Shanghai Tower (still under construction), covered in smog in Shanghai on Oct. 16. Associates of former Chinese leader Jiang Zemin, including Feng Jun, general manager of State Grid Shanghai Municipal Electric Power Company, are under investigation on a charge of corruption. (Johannes Eisele/AFP/Getty Images).
China

On the same day three corruption investigations into the family and associates of former Chinese regime paramount leader Jiang Zemin were announced. These investigations continue a focus by the anti-corruption campaign on Jiang that began this summer.

On Oct. 29, the Central Commission for Discipline Inspection, the Chinese Communist Party’s anti-corruption watchdog announced on its website the visit of its 13th inspection group headed by Zhu Baochen to FAW Auto, an automobile group located in Jilin Province.

“The anti-corruption task must be carried out widely and deeply while the monitoring of auto sales and resource allocation is increased,” said the announcement.

“Many high-level managers and executives have been taken away for investigation.”

Before climbing up the political hierarchy, Jiang worked at FAW Auto Group, also known as No. 1 Auto Manufacturing Works, in 1954.

On Sept. 17, Zhang Pijie, general manager of FAW Auto was given an unspecified penalty and the Party secretary of the auto group was removed from his post, reported the Chinese news website Time Dongguan.

On Oct. 29, Shanghai Discipline Inspection and Supervision announced on its website that Feng Jun, the general manager of the State Grid Shanghai Municipal Electric Power Company, is under investigation for serious violations of discipline and law.

Shanghai was the launching pad for Jiang’s national political ambitions and has formed the base of his power.

Ni Fake, former deputy governor of Anhui Province, has been indicted on charges of bribery and of his huge personal assets having an unknown source, reported state-run Xinhua Net on Oct. 29.