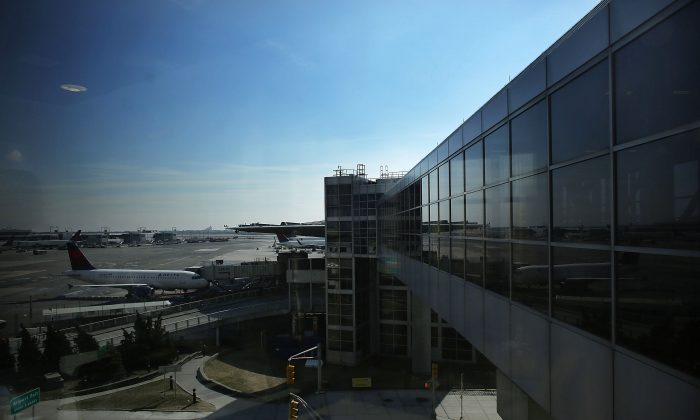 Two customs inspectors who were working at John F. Kennedy Airport in New York City were sickened by purported nerve gas. Later, it was reported that there was an initial finding of nerve gas, but now officials have backtracked, saying that it is more likely that it is a degreaser or solvent that should not have been in the mail.

They opened a package that apparently contained the gas, according to ABC-7 News on Sunday. Initially, an air sample showed that there was nerve gas.

Huffington Post reporter Alana Horowitz reported that the FDNY said that it “wasn’t nerve gas” and the two workers refused medical attention, according to her Twitter feed.

The names of the workers were not released.

FOX-5 reporter Lisa Evers reported that the workers were exposed to the gas at the USPS building at the airport.

Nerve agent poisoning leads to profuse salivation, convulsions, involuntary urination and defecation, and it can be fatal if the victims lose control of their respiratory muscles.