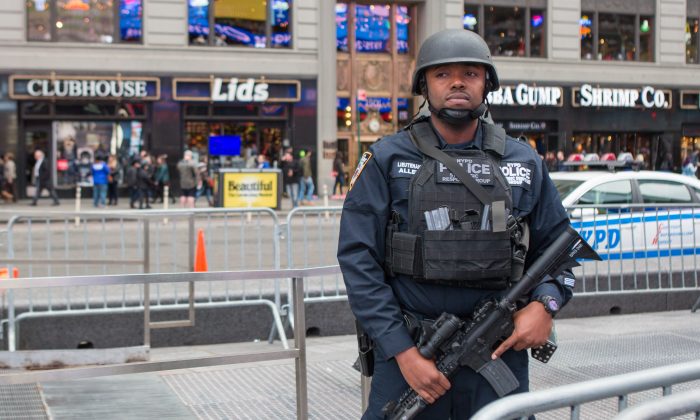 A Jewish history teacher in Marseille, France, was stabbed by a gang loyal to the Islamic State, or ISIS, on Nov. 18.

“The three people insulted, threatened and then stabbed their victim in the arm and leg. They were interrupted by the arrival of a car and fled,” prosecutor Brice Robin told Sky.

Robin said one of the assailants was wearing an ISIS T-shirt.

The Jewish victim suffered a few knife wounds and was taken to a local hospital. Officials said his injuries are non-life-threatening. The Jerusalem Post identified him as Tziyon Saadon, who is in his fifties.

The teacher is a bearded, observant Jew, who was wearing a skullcap, reported the Times of Israel, citing a local Jewish community leader, Michele Teboul. He said a young man with an ISIS T-shirt approached the teacher on a moped and showed him a cell phone of Merah. The man then took out a knife and stabbed the teacher. Two other suspects are believed to be involved in the attack.

In the wake of the terrorist attacks in Paris that left 129 people dead, France has been on edge. French police have carried out dozens of raids across the country after ISIS claimed responsibility for the attacks.

The knife attack came several weeks after one on a rabbi in the city.

On Wednesday, French police launched an offensive on a purported hideout of the ringleader of the deadly Paris attacks, leaving two dead with eight detained.

“French police fired five thousand bullets during a ferocious seven-hour kill or capture operation in which the mastermind of the Paris attacks is believed to have been shot dead.

A dawn raid on an apartment block in the Paris suburb of Saint-Denis was so violent that police must wait for the results of DNA tests to identify the remains of two terrorists who were killed, but the Washington Post claims two intelligence sources have confirmed that one of the dead is Abdelhamid Abaaoud.”