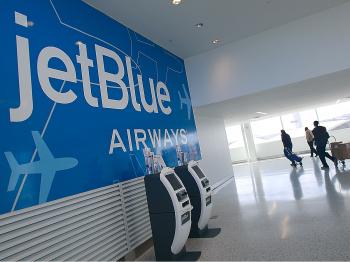 Helena Zhu
View profile
Follow
biggersmaller
Print
NEW YORK—JetBlue flight attendant Steven Slater deployed an emergency exit slide to escape from an argument with a passenger on a flight from Pittsburgh to New York on Monday, according to police from the Port Authority of New York and New Jersey.

Upon landing at John F. Kennedy International Airport, the 39-year-old flight attendant was arrested on charges including criminal mischief and reckless endangerment, according to The Huffington Post.

The quarrel started when a passenger ignored instructions from Slater to remain in his seat. Instead, he stood up and reached for his belongings in an overhead compartment. As Slater approached the passenger, the passenger's luggage struck Slater in the head.

The flight attendant asked for an apology, yet the passenger cursed at him.

Slater became upset and used the public-address system to curse the passenger. He then activated the inflatable emergency evacuation slide, slid down, and got into his car.

He was arrested in his home in Belle Harbor, Queens and is currently in custody.