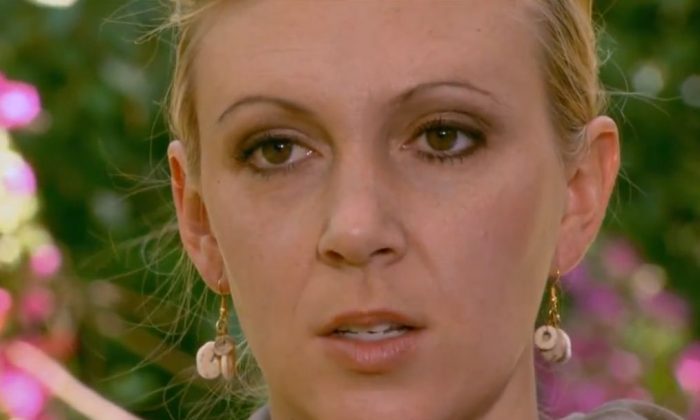 A screenshot of CBS's '60 Minutes' shows Jessica Buchanan.
US

Jessica Buchanan, a U.S. woman who was held hostage in Somalia for several months, recently described her experience being rescued by Navy SEAL Team Six members.

Buchanan was working as an aid worker in war-torn Somalia when she was kidnapped in 2011. She recounted the incident in her book “Impossible Odds.”

After being stationed in northern Somalia for some time, she was called to the more volatile southern portion, which is when the problems began.

“About 10 minutes into the ride, a big SUV Land Cruiser comes roaring up to the right of us and slams its brakes and blocks us, and splashes mud all over the car in the windshield and the windows. And I think that’s strange, like, what a jerk – like who drives like that,” she told NPR.

Buchanan told CBS News that her captors, who were Somali pirates, held her outside for around 93 days, saying that at night, she was also forced to sleep outdoors.

Her captors also fed her tuna fish “maybe once a day. We would get a small can of tuna fish and a piece of bread.”

She said the men “treated us like animals. To be so sick that, you know, you’re vomiting behind bushes. And you can’t walk straight, and you’re laying in the fetal position on the ground under a tree. And they don’t even, they don’t care.”

“Their duty was to keep me from dying because then I wasn’t worth anything,” she added.

Buchanan was kept captive with Danish aid worker Poul Hagen Thisted until January 2012 when they were saved. The Navy SEAL team killed nine Somali pirates, who were keeping them at a compound near the town of Adow.

The pirates were seeking millions of dollars in ransom and after unsuccessful negotiations, American officials decided to raid their compound. They cited Buchanan’s failing health under captivity as a reason for intervention.

When the SEAL team rescued her, “at that point in time I have never in my life been so proud and so very happy to be an American,” she told CBS.

She and her husband returned from Africa to the United States and have had a child together.