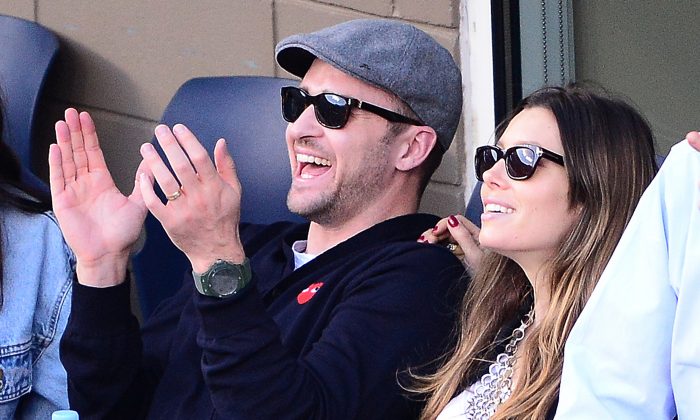 Justin Timberlake and Jessica Biel watch the men's singles final match between Novak Djokovic of Serbia and Rafael Nadal of Spain on Day Fifteen of the 2013 US Open at the USTA Billie Jean King National Tennis Center on September 9, 2013 in the Flushing neighborhood of the Queens borough of New York City. (Clive Brunskill/Getty Images)
Entertainment

Jessica Biel has been getting congratulations about her “impending motherhood” despite it just being rumors at this point, but a friend close to the actress said that she’s at least “three months pregnant.”

But according to one report, people have started to send her messages indicating that she might be having a child with husband Justin Timberlake.

It’s worth noting that Biel did not respond to Foxman’s message.

A friend close to Biel told the site that she is “at least three months pregnant.”

The friend added, “Jessica has had tense times in the past when it comes to having a baby, so it is not surprising that she is staying mum on confirming the news publicly yet,” via Radar.

“The best thing I learned from them is that you have to put your relationship first,” Biel told the magazine via Us magazine.

She added: “You need to make time for your partner. It is really easy to let that go by the wayside. It’s easy to say, ‘Hey. I’ll see you later. I love you.’ And you can’t do that. Justin and I have a rule that we don’t let a certain amount of time go by without seeing each other, but it doesn’t always work. Sometimes you are both working and it just happens. But from here on out, I want to participate in making smart choices for the relationship.”

Most recently, Biel and Timberlake were photographed hiking last Friday in Montecito, Calif.

Last week, the two celebrated their two-year anniversary at San Ysidro Ranch, which is also in Southern California.