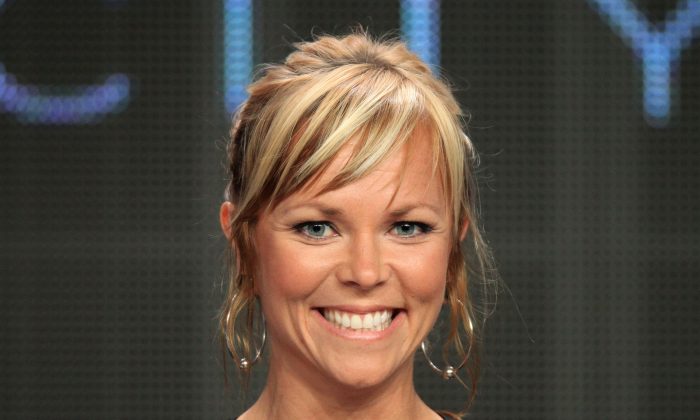 Jessi Combs, known as the “fastest woman on four wheels,” died in the Oregon desert while trying to break a land speed record in a jet-powered car.

“I don’t know how to say any of this but it all needs said. I have never loved or been loved by anyone as much as this amazing woman @thejessicombs she was truly my unicorn and I enjoyed every single minute that I had with her. She was the most amazing spirit that I have ever or will ever know,” said Terry Madden, a member of Combs team, in a statement posted on Instagram on Aug. 28.

“Unfortunately we lost her yesterday in a horrific accident, I was the first one there and trust me we did everything humanly possible to save her!”

“I’m not ok, but she is right here keeping my going-I made her a promise that if this didn’t go well that I would make sure and do good with it, please help me with that, you are all going to see things on news please believe non[e] of them,” he added.

Combs was in the Alvord Desert trying to break the four-wheeled women’s land speed record that she set in 2013 when she reached nearly 393 miles per hour while driving a reconfigured F-104 jet, KTVZ reported. She broke 440 miles per hour in 2016, earning her nickname.

Kitty O’Neil holds the women’s land speed record for all vehicles after reaching 512.7 miles per hour in 1976 in a three-wheeled machine.

The Harney County Sheriff’s Office said it got a 911 call shortly after 4 p.m. reporting a crash on Tuesday.

The name of the deceased was not officially released, pending family notification.

I’m so so sad, Jessi Combs has been killed in a crash. She was a brilliant & too-notch builder, engineer, driver, fabricator, and science communicator, & strove everyday to encourage others by her prodigious example. She was also a colleague, and we are lesser for her absence.

Combs regularly appeared on television, serving at one time as a host on “Mythbusters” and making appearances on “Overhaulin'” and “All Girls Garage.” Adam Savage, a former co-host of “Mythbusters,” was among those mourning her death, writing: “She was a brilliant & too-notch builder, engineer, driver, fabricator, and science communicator, & strove everyday to encourage others by her prodigious example.”

According to her biography, the “fearless” woman “was born for everything automotive.”

“Her passion to get in the driver seat and behind the wheel of nearly anything with a motor has led her through some amazing and unusual achievements. With a degree in custom automotive fabrication, Jessi has reached out to millions with her build skills on TV shows,” it added.

“She empowers many through the act of simply leading by example. Her desire to show more women (and men alike) that they too can build their ideas, go fast, get dirty, have fun, and still be feminine shines through everything she does in life.”

On Aug. 24, Combs had posted a picture of the jet car in the desert, writing to followers: “It may seem a little crazy to walk directly into the line of fire… those who are willing, are those who achieve great things. . . People say I’m crazy. I say thank you.”

The tags she appended to the post included “fastest woman on earth” “jet car” and “after burner.”

Her final post on social media showed her with hands placed together.

“I just want to thank all of you for your support and loyalty. That’s all. Have a nice day,” she wrote.

“Unfortunately a hydraulic bay door lock mechanism broke allowing the door to open. It was instantly torn away from the vehicle with parts entering the left-hand engine inlet, causing the test session to come to an end,” the bio stated.