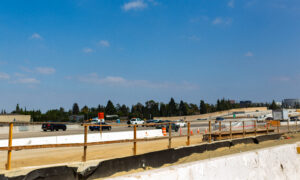 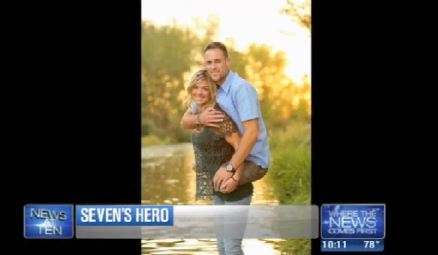 A photo of a former Marine being carried by his wife is going viral on Facebook.

Jesse Cottle lost his legs in Afghanistan while finding and dismantling improvised explosive devices and met his wife Kelly while recovering.

The two were married last year and live in San Diego, reported KTVB.

They recently took some family portraits while in Idaho visiting Kelly’s family.

“It was a normal photo shoot, we finally got together and Jessie had his legs on and everything,” said Kelly. Then photographer Sarah Ledford suggested that they take a picture in the water, and Cottle popped his legs off and got on Kelly’s back.

The response has been swift, with thousands liking the photo and hundreds sharing and commenting on it.

“I’m glad that we can have that impact, but you don’t expect it,” said Cottle.

“But it’s cool because we represent a lot of people, couples that are going through the same thing and so it’s just an honor to be able to represent that,” said Kelly.