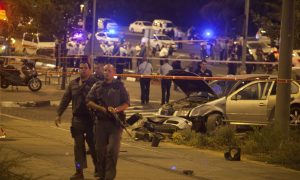 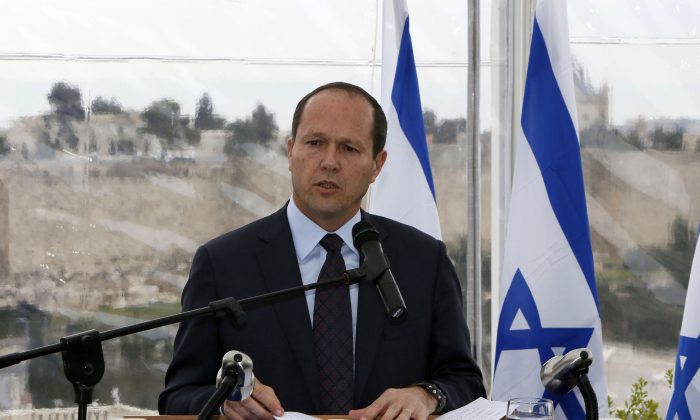 The mayor of Jerusalem is being showered with accolades after stepping in to stop a man with a knife from attacking residents on the streets of his city. Mayor Nir Barkat and his fast-acting security detail were driving to his city hall office when they spotted a man wielding a knife in the middle of a busy intersection.

Barkat, 55, and his bodyguards were driving through a busy city intersection on Sunday when they saw the man with a knife in his hand, advancing toward people on the other side of the street. The man, whose name was not released, was only identified as an 18-year-old Palestinian living illegally in Israel. He was arrested at the scene.

The man had stabbed another man, Abraham Goldstein, in the stomach. Goldstein, an ultra-orthodox Jew, managed to run away and was hospitalized in stable condition with moderate wounds.

“I felt a sharp blow in my stomach,” Goldstein told local media about the attack from his hospital bed. He described how he had warned others of what was happening. “I began shouting that there was a stabbing and that they should move away, then he came to stab me again and I blocked him.”

Security footage of the intersection showed the suspect approaching a group of people waiting for the light to change at a crosswalk. The man then stabbed Goldstein and everyone ran across the street as the assailant advanced.

The mayor and some of his security detail can be seen entering the frame as they ran toward the man with the knife. One of Barkat’s guards, Asaf Na’amani, drew his gun on the man and forced him to drop the weapon. Barkat personally helped wrestle the attacker to the ground.

Barkat, Na’amani, and others then overpowered the man and pushed him to the ground. Barkat told local reporters later that his guards saw the chaos in the street and stopped.

“We saw a terrorist with a knife standing and looking for the next thing to do,” he said.

Barkat served as an officer in the Israeli Army’s paratroopers’ brigade and then as a high-tech entrepreneur. He has been mayor of Jerusalem since 2008.