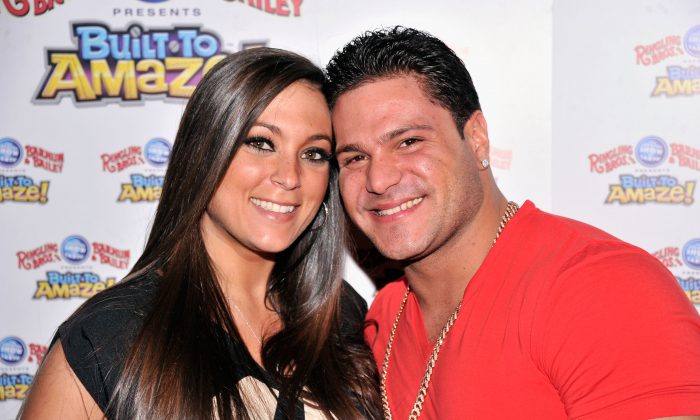 Jersey Shore actor hospital: Ronnie Magro from MTV’s Jersey Shore is in the hospital because of kidney stones.

“Would wish this feeling on anyone!” Magro wrote via Twitter. Reports surfaced of him being in the hospital after he sent out a one word tweet: “Hospital.” A representative confirmed that Ortiz was admitted to a hospital in the Orlando area as of the evening of April 27.

“He’s in a lot of pain and is expected to remain there for several days,” the representative said in a statement.

Once fans started interacting with Magro on Twitter, he told them more about his condition.

“I can’t hold any food down from the pain,” he said.

“Worse feeling, rather break a finger.”

Magro is planning to introduce a new line of cocktails at Midway Wine and Liquor in New Jersey on May 4. His cocktails are delivered to 29 states.