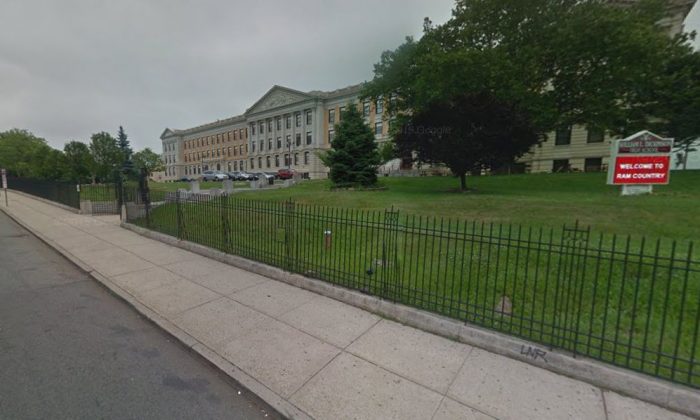 JERSEY CITY, N.J.  — Authorities say a teenage boy was shot near his school in Jersey City, shortly after he was involved in a fight at the building.

The Dickinson High School student was shot in the leg and was being treated at a hospital for injuries that were not considered life-threatening. But his name and further details on his condition were not disclosed.

Officials say the boy had left the school after the fight occurred. He was shot about a block away from the building.

The high school and a nearby elementary school were both placed on lockdown as police searched for the alleged shooter, who was taken into custody a short time later.