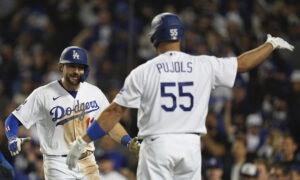 Jerry ‘The King’ Lawler Cleared to Return to Ring

Jerry ‘The King’ Lawler cleared: Doctors have told the WWE Hall of Famer that he can wrestle, for the first time since his heart attacks in Sept. 2012.

The Miami Herald says Lawler’s first appearance will be on May 25 in Ocala, which is in central Florida; he will team up with fellow WWE Hallf o Famer Dory funk Jr.

When Lawler collapsed, Dr. Michael Sampson sprung into action and used CPR to save Lawler’s life, according to Yahoo!