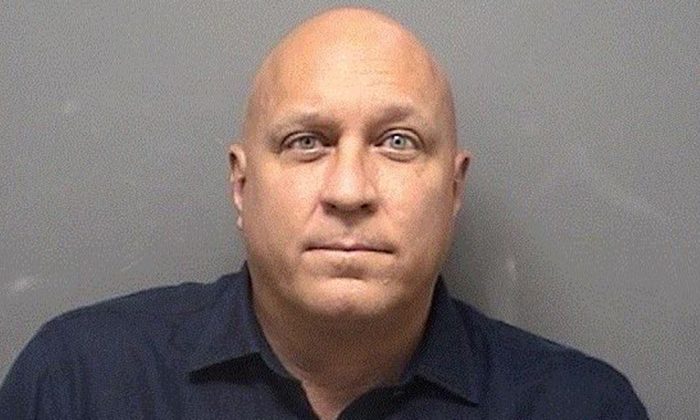 Steve Wilkos, a former security guard on “The Jerry Springer Show,” admitted that he lied about what really went down in that January car crash in Connecticut.

At the time of the Jan. 21 crash, Wilkos told TMZ he crashed after becoming distracted while reaching for his glasses. Just one month later, he confessed to the tabloid that he made the story up and admitted that the crash happened as a result of him driving under the influence of alcohol.

PEOPLE confirmed that Wilkos turned himself in on Wednesday after learning the Darien Police Department had a warrant out for his arrest. Bail for the former TV talk show host was set by a judge for $1,500, which he posted that day and was released. The publication reports that his blood alcohol level at the time of the crash was .29 percent, which is over the legal limit.

Following the arrest, Wilkos told TMZ that he recently “completed an intensive medically supervised program,” which may have been a stint in rehab.

He also released a statement admitted that he has previously struggled with depression.

“Over the course of my life, I have been struggling with bouts of depression and on the day of my accident, I had a complete lapse in judgment which resulted in me drinking and getting behind the wheel of my car,” he said. “This experience reinforces my commitment to get the professional help that I need and I have recently completed an intensive medically supervised program.”

In January, Wilkos struck several poles and a tree before his vehicle rolled over. He was hospitalized and treated for minor injuries before being released. No other injuries were reported at the time.