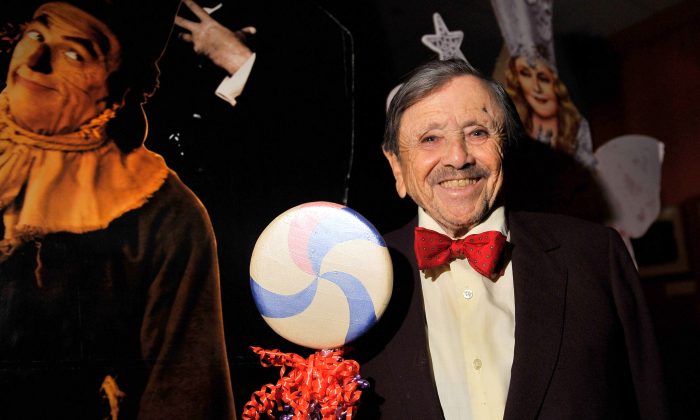 Jerry Maren, Munchkin in ‘Wizard of Oz,’ Has Not Died: Reports

There were reports and rumors saying that Jerry Maren, the last surviving “Wizard of Oz” munchkin had died.

The 96-year-old did not pass away on Monday after suffering pancreatic cancer. TMZ reported that Steve Cox, one of Maren’s friends, said he spoke with him yesterday following the death rumors and reports.

Posted by Girls and Corpses Magazine on Tuesday, March 1, 2016

Posted by Girls and Corpses Magazine on Tuesday, March 1, 2016

He said Maren is “doing just fine,” according to TMZ.

Cox added that Maren doesn’t have pancreatic cancer and is being cared for by relatives in Southern California.

Following his role in the Lollypop Guild, Maren appeared as Buster Brown in the Buster Brown shoe ads. He also had a regular part on “The Gong Show” in the 1970s. He also appeared in “Seinfeld,” “The Odd Couple,” and the “Beverly Hillbillies.”