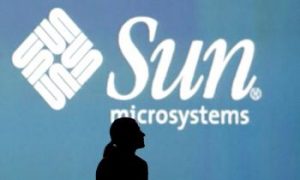 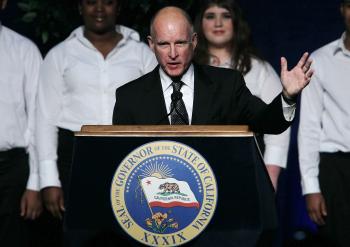 California Gov. Jerry Brown delivers remarks after he was sworn in as the 39th governor of California on January 3, 2011 in Sacramento, California. (Justin Sullivan/Getty Images)
US

Brown, who was the state's attorney general, took the oath of office at 11 a.m. at Memorial Auditorium in Sacramento, the state’s capital, according to an announcement by the state.

He celebrated his inauguration with an afternoon party at the California State Railroad Museum. The public was invited via a lottery for free tickets, according to the state's website.

Because California faces a budget crisis, the budget for festivities was limited to about $100,000 compared to $2 million spent to celebrate the launch of Gov. Arnold Schwarzenegger’s second term, according to the Los Angeles Times.

Before his third and current term, Brown, 72, served as the Golden State’s 34th governor from 1975 to 1983. He is the first governor to serve non-consecutive terms and the second governor to serve a third term in California, after Earl Warren.

Brown will release his first budget on Jan. 10.

His predecessor, Republican Schwarzenegger, had been governor since 2003. Both have colorful nicknames. Schwarzenegger was called "The Governator," after his starring role as a deadly machine in two "Terminator" movies. Brown was called "Governor Moonbeam" during his previous terms.