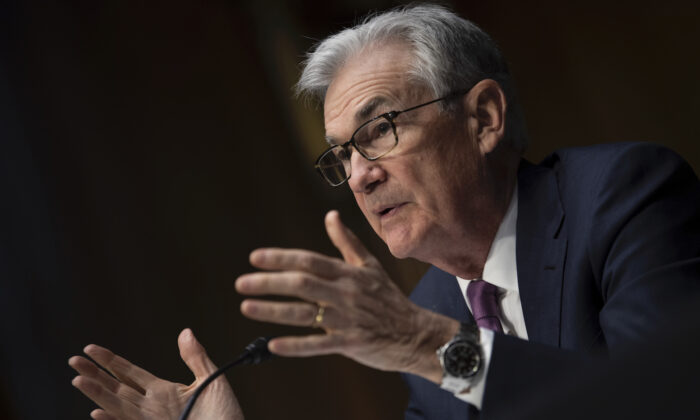 Federal Reserve Chairman Jerome Powell testified before the Senate on Tuesday on the occasion of his re-appointment by President Joe Biden for a second term in his current position.

Powell, who was first nominated by President Donald Trump in 2018 to succeed Janet Yellen as the head of the U.S. central banking system, has been praised by analysts who credit his leadership with avoiding a full-blown economic crisis at the dawn of the CCP (Chinese Communist Party) virus pandemic. His reputation as a quiet consensus builder has allowed Powell to avoid much of the partisanship which pervades contemporary politics.

Yet Powell faces growing criticism from a contingent of progressive Democrats, who have lately opposed Biden’s renomination of the incumbent. Though he is considered likely to be confirmed, the questions he faced on Tuesday may foreshadow a challenging second term, as the chairman will have to thread the needle of both political and economic concerns as he undertakes the thankless job of hiking interest rates in order to stymie inflation.

Not unpredictably, Powell faced probing from progressive Democrats on matters of diversity, who took great care to highlight their concern for marginalized ethnic identities in their questions to the chairman.

“Do you agree that when all workers, including women, including black and brown workers, are able to fully participate in the workforce, that our economy grows, and do you think that it’s important for the Fed to understand and proactively, proactively address racial and gender disparities in wealth and income and employment in our country?” asked Senator Sherrod Brown.

Powell responded, “…[A]s the labor market tightened, the benefits began to go more broadly to those at the lower end of the income spectrum and to groups that have been more marginalized from an economic standpoint… Our tools do not generally have direct distributional effects, but I do think that we see now the great benefits that a strong labor market can bring right across the whole population and the whole economy.”

Powell was also criticized by Senator Bob Menendez, who expressed his disappointment in the chairman’s diversity initiatives and the overall lack of Latino representation in the Federal Reserve.

However, the bulk of the meeting revolved around economic policies and the proposed regimen of rate hikes, which the Fed minutes alluded to earlier this month. With inflation approaching levels not seen in decades, the Federal Reserve has increasingly faced pressure to raise interest rates to curtail inflation, even if doing so will likely result in damage to the stock market and job creation. During the hearing, Powell signaled a pivot from job creation to curtailing inflation as the top priority of federal monetary policy.

“We think wages moving up is generally a good thing, but if you look back through history, there are times when wages have moved up in a way that has fostered persistent inflation, and that hurts everyone, and particularly it hurts people on fixed incomes. We don’t see that right now, but we do see, these are the biggest wage increases in decades, so we’re watching carefully,” said Powell.

“What we see is an economy where the labor market is recovering incredibly rapidly, really beginning around the end of, the middle of last year the unemployment rate’s been dropping at more than three-tenths of a percent per month. It’s now below four percent, which is pretty close to half-century lows. Meanwhile, inflation is running very far above our target, and what that’s telling us is that the economy no longer needs or wants the very highly accommodative policies that we’ve had in place to deal with the pandemic and the aftermath.”

The cross-examination of Powell demonstrates an emerging pattern in which the Fed chairman is forced by the circumstances of his position to be a bearer of bad news. After months of urging a cautious approach to managing inflation, Powell has pivoted to a newfound urgency as the data on inflation has become impossible to ignore.

“We have to achieve price stability, and I believe we will, and I’m confident we will. And again, it’s not just a question of restraining demand… Right now we’re stimulating demand with very highly accommodative policy. As we move through this year… we’ll be normalizing policy, meaning we’re gonna end our asset purchases in March, meaning we’ll be raising rates over the course of the year, at some point perhaps later this year we will start to allow the balance sheet to run off.”

However, Powell reiterated that he expected rates to remain low even after the hikes, and his delicate approach to the matter seems to have reassured a stock market which preempted his testimony with several days of market tribulation. While Powell has continued to emphasize the role of the Federal Reserve in preventing excessive inflation, his remarks have once again done more to assuage markets than to scare them, as investors express their relief that the chairman does not intend to take more severe measures than previously indicated.