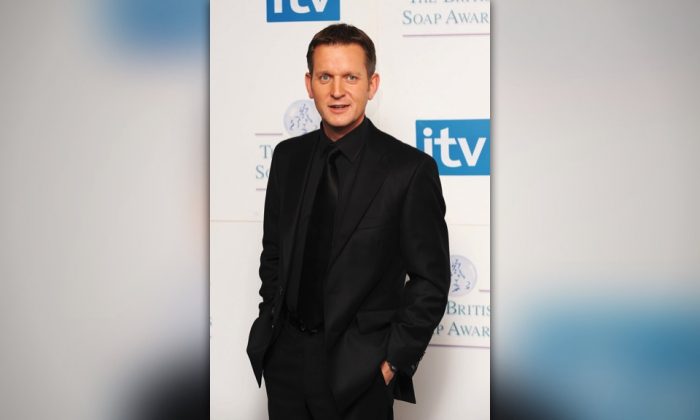 Following ITV’s decision to cancel “The Jeremy Kyle Show” permanently, its host has said he is “utterly devastated.”

Jeremy Kyle said in a statement to the The Sun, “Myself and the production team I have worked with for the last 14 years are all utterly devastated by the recent events.”

The show has been taken off the air for good after a guest on the show, 63-year-old Steve Dymond, died of apparent suicide.

Kyle continued in the statement, “Our thoughts and sympathies are with Steve’s family and friends at this incredibly sad time.”

British television station ITV’s chief executive Carolyn McCall was cited by the BBC as saying the decision was a result of the “gravity of recent events.”

ITV initially suspended the show indefinitely. Now, according to ITV’s announcement, that suspension is permanent.

The station issued the following statement, as cited by the BBC:

“Given the gravity of recent events we have decided to end production of ‘The Jeremy Kyle Show.’

“‘The Jeremy Kyle Show’ has had a loyal audience and has been made by a dedicated production team for 14 years, but now is the right time for the show to end.

“Everyone at ITV’s thoughts and sympathies are with the family and friends of Steve Dymond.

“The previously announced review of the episode of the show is under way and will continue.

“ITV will continue to work with Jeremy Kyle on other projects.”

Following his appearance on Kyle’s show, Dymond died in a suspected suicide, according to the Daily Mail, citing the deceased man’s landlady.

Dymond died following a lie detector test that he took on the show, which the Daily Mail reported had left the man “humiliated and traumatized.”

The lie detector test suggested Dymond had been unfaithful to his fiancée, Jane Callaghan, who later broke up with him.

According to The Sun, Dymond died of a drug overdose.

Callaghan told The Sun: “I know we split up a week ago but we were together for two years. He was still my fiancé. I still loved him.

“We got engaged Christmas Day 2017. He was crying, the love was real. He was the most generous and loving person. He was quietly struggling, and we didn’t know at the time. He cheated on me, I know he did. I can’t forgive but I just want him to be alive.”

Callaghan told The Sun that Dymond had been struggling with depression.

The BBC reported Hampshire Police confirmed Dymond’s death on May 9 following a recording of the show.

His landlady, identified only by her first name Shelley, found his body.

“He was traumatized,” Shelley told the Daily Mail. “Steve said it got quite nasty on the show. Four days later he was dead. I really believe it was the show that tipped him over the edge.”

Shelley added, “He was just a mess and he was just humiliated.”

The British broadcaster also stated it would not air the episode in which Dymond took part.

“Everyone at ITV and ‘The Jeremy Kyle Show’ is shocked and saddened at the news of the death of a participant in the show a week after the recording of the episode they featured in and our thoughts are with their family and friends,” a spokesperson said in the statement.

“ITV will not screen the episode in which they featured,” the spokesperson added.

The show has aired on ITV since 2005 and is known for its heated discussions between guests who often insult each other about personal and family conflicts in front of studio audiences.

The Jeremy Kyle Show taken off air and suspended indefinitely after death of guest who appeared on the show https://t.co/hofO0LFNuM pic.twitter.com/raaAC3r5uX

According to the BBC, “The Jeremy Kyle Show” is “the most popular show on ITV’s daytime schedule, with an average of one million viewers and a 22 percent audience share.”