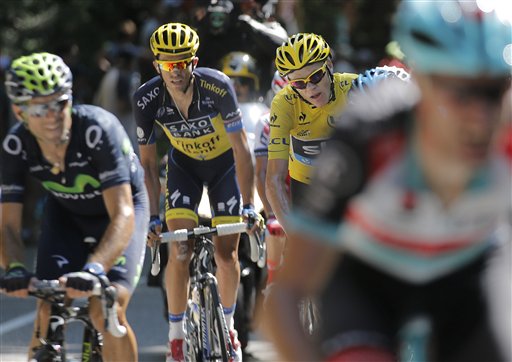 Jens Voigt, the “Chuck Norris of cycling,” has attempted to break the iconic hour record, which is to see how far a cyclist can go in 60 minutes.

“I am not often doing things the normal way,” Voigt told the Wall Street Journal, adding that if he’s successful, it “might be my chance to go out with a big bang.”

Voigt has said that the attempt is basically the last thing he’ll do before he retires from cycling.

“Apart from the fact that I can move the bike fast, I am basically Joe Average,” Voigt told the paper.

On Wednesday, he told reporters that he’s trying not to get too wrapped up in his career’s curtain-call.

“I’m an emotional person, so one of the biggest challenges will be not to start too fast,” he told the Telegraph. “If you aim at 50 or 51 kilometres, it feels easy for the first 10 minutes, but you’ve got to ride for another 50 minutes. The challenge will be not to get too excited.

“I’m going to do the first 30 minutes at a controlled speed, let’s say 50.5 or 50.4 kilometres per hour, and then we can see how much I can give to finish it off. If I’m already in the red by then, I’m really going to suffer and struggle in the second half.

“But I’m still planning on being ahead of the old record by a comfortable margin at the halfway point.”

Fans have dubbed his hour record as the “Shut Up Hour,” referring to his saying, “Shut up legs.”