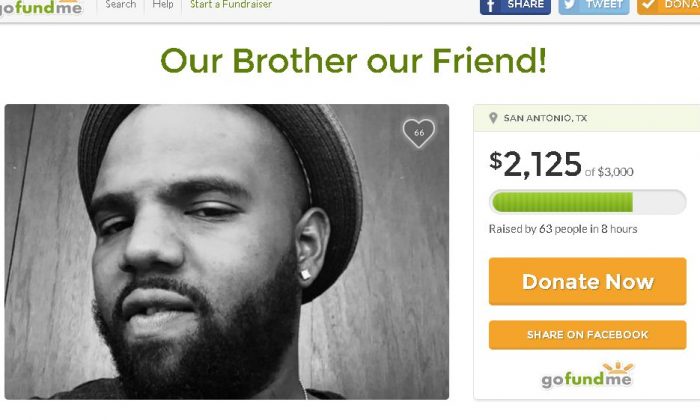 Jennifer Markovsky and Ke’Arre Stewart, an Iraq war veteran, were identified as the victims who died during a mass shooting at a Planned Parenthood clinic in Colorado Springs, Colorado, on Friday.

#BREAKING Family & friends have stated that these are the two victims. https://t.co/Ti1v62QNkj #PlannedParenthood pic.twitter.com/kcgSWS1QPy

The names of the two were released to the media on Sunday evening, according to KDVR Fox 32 in Denver. The station said the family of Markovsky was one of the people killed.

Markovsky was a mother of two children, the Denver Post reported. “She was the most lovable person,” her father, John Ah-King, told the Post. “So kind-hearted, just always there when I needed her.”

Stewart, 29, a father of two, was also killed, the station reported.

The broadcaster released the photos of the victims. A GoFundMe page was set up for Stewart in the wake of his death.

“This fund is to help his family with any funeral costs, transportation costs since he is a Texas Native and any other costs associated with this sorrowful event. Please donate to ease the financial burden on his family stemming from this tragic loss,” the page said.

Police officer Garrett Swasey was also killed in the incident. His family released a statement on his death:

The family of Officer Garrett Swasey sincerely thanks everyone for their support during this very difficult time. Our loss cannot be expressed in words. While the nation now knows Garrett as a hero who gave his life for others, he was also a devoted husband of 17 years and a wonderful father to his two children. His greatest joys were his family, his church, and his profession. We will cherish his memory, especially those times he spent tossing the football to his son and snuggling with his daughter on the couch.

Garrett was born in Melrose, Massachusetts. After a successful career in ice skating, Garrett found his calling as a police officer. Helping others brought him deep satisfaction and being a police officer was a part of him. In the end, his last act was for the safety and wellbeing of others and was a tribute to his life. What we need most today, and in the coming weeks, is your prayers for our family and for others who were impacted by this tragedy. We are grateful for the tremendous outpouring of love that has come from the community and across the nation.

We understand this is a public tragedy felt by many and we also appreciate your support for us to grieve privately.

The suspect was identified as 57-year-old Robert Dear. He allegedly holed up inside the building in a standoff with police before he surrendered.

Dear is expected to appear in court on Monday.