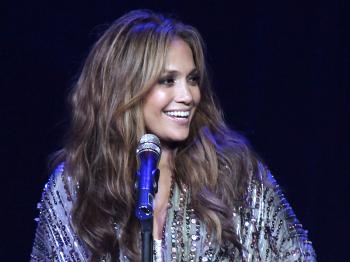 According to the July 8 statement, Jennifer Lopez's advisers described Northern Cyprus as a country associated with human rights abuses, and said the team would not support such a state. The concert was originally scheduled on July 24.

"Jennifer Lopez would never knowingly support any state, country, institution or regime that was associated with any form of human rights abuse. After a full review of the relevant circumstances in Cyprus, it was the decision of her advisors to withdraw from the appearance. This was a team decision that reflects our sensitivity to the political realities of the region," read the statement.

The organizers of the show and fans feel disappointed that the concert was canceled.

"Her fee had been paid and everything was ready, but she felt it was not safe for her to travel,” Feza Firat told Yahoo News. Firat is an employee of an agency that represents the hotel where Lopez was going to perform and stay with her husband.

“She was led to believe there was a war going on," Firat said.

Cyprus gained independence from Britain in 1960. Since Turkey’s invasion of the northern part of Cyprus in 1974, the island of 800,000 inhabitants has been split in two with little contact between the two sides. The invasion displaced large numbers of Greek Cypriots in Northern Cyprus. In 1983, Turkey declared the territory the “Turkish Republic of Northern Cyprus,” a designation recognized only by Turkey.

Cyprus is a major tourist destination with attracting 1.1 million of British tourists per each year, according to Foreign & Commonwealth Office of the UK.