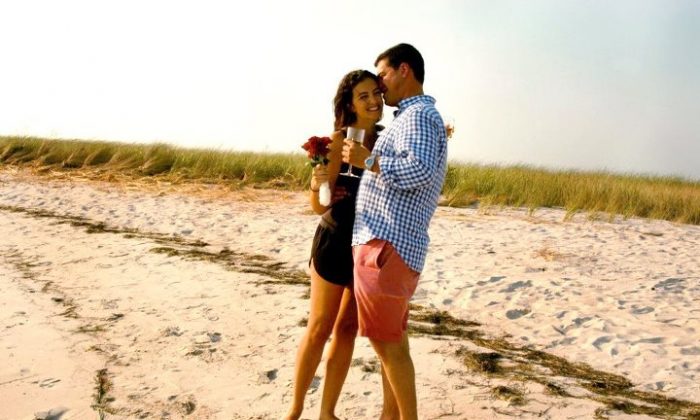 Jennifer Hyman and Peter Mack in a photo from their wedding website. (http://jenniferandpete.com/)
US

Jennifer Hyman, CEO of Rent the Runway, has canceled her wedding days before it was set to take place, according to a report.

Hyman planned to marry Peter Mack, former Starwood executive, in a lavish event in Aspen in Colorado which about 200 people planned to attend.

However, Hyman sent an e-mail to all the guests on August 27 saying she has had to cancel.

“I wanted to share the very sad and devastating news that I’ve decided to postpone/call off my wedding this weekend in Aspen,” she said in the email, according to the New York Post.

Hyman didn’t state specific reasons but said she intended to share “a number of very important reasons” with each of the guests.

“I am extremely saddened by this situation and it’s been incredibly hard for me to get to this point,” she said. “But, I do believe that it is the right thing for me to do. I know that this news will come as a shock to most of you, which makes this even more painful.”

She said she knows everyone made huge commitments of time and money to go to Aspen and she feels horribly to have made the decision so last minute.

“I feel horribly to have made this decision so last minute, to have had to make this decision at all and I hope that each of you can understand and support me through what I know will be a very difficult time in my life.”

Guests are reportedly stunned by the decision, with one unnamed source telling the Post: “Jenn is not the type to call something this major off unless something dramatic happened. We just hope she is OK.”

Hyman’s spokesman confirmed with the Post that the wedding is postponed.

The wedding celebration and dinner were planned for August 30 at the Courtyard at the St. Regis Aspen Hotel, according to the couple’s wedding website. The night was to include cocktail attire–guests were welcome to rent complimentary Rent the Runway dresses and accessories–and dinner, dancing, and many margaritas.