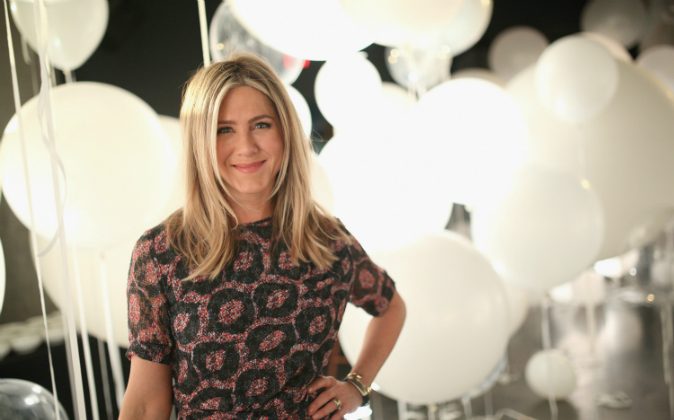 LOS ANGELES—#Brangelina may be the top trending hashtag Tuesday, but Jennifer Aniston’s face is the one saturating social media.

Aniston memes of all kinds were the Internet’s response to the Tuesday morning announcement that Angelina Jolie Pitt had filed for divorce from Brad Pitt.

The couple fell in love during the making of 2005’s “Mr. & Mrs. Smith,” when Brad Pitt was still married to Aniston.

What Jennifer Aniston is thinking right now, according to the internet: https://t.co/QkjCRSPFAG pic.twitter.com/CLsvCkYxLf

Fans are posting pictures of Aniston from her past performances—wearing a cheerleader outfit, making an I-told-you-so face—in their reactions to the Pitt divorce news. By mid-day Tuesday, Aniston was the second most popular trending topic on Twitter.

I’m not torn up over #Brangelina‘s split. Sorry, totally team #JenniferAniston. Always have been. pic.twitter.com/m1cezyD1w2