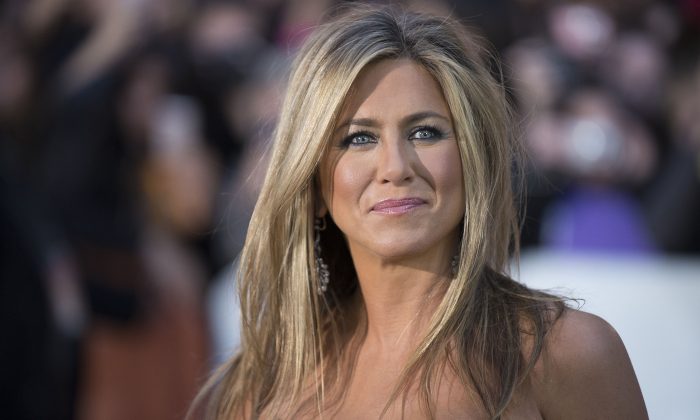 Jennifer Aniston poses for a photograph in Toronto on Sept. 14, 2013. Jennifer Aniston and "Friends" co-star Courtney Cox have been spotted at a vacation home in Mexico for the holidays. (Arthur Mola/Invision/AP)
Entertainment

Rumors have stated that Jennifer Aniston and fiancee Justin Theroux have called off their wedding. But those appear to just be rumors from a tabloid.

The Life & Style tabloid claims that “Jennifer instead got dumped by Justin on their wedding day. The modern-day Rachel and Ross [except way less appealing] reportedly had their wedding set for Cabo this month, but they never went through with it because Justin got cold feet at the last minute,” according to Celebrity Dirty Laundry.

The tabloid cites unnamed sources for its information.

However, that appears unlikely as Theroux and Aniston appear to be quite close.

According to Us Magazine, “Justin actually showed up as a surprise to Jen,” an insider told the magazine. “He turned up a couple of hours into the shoot. She was nearing the end of the shoot when he snuck in to say ‘Hi.'”

The source added: “She clearly wasn’t expecting to see Justin because she squealed when he showed up. They hugged and he gave her a kiss and then he watched the end of the job.”

E! Online also posted photos of the two at the salon.

Theroux recently gave an interview about the tabloids treating his relationship with Aniston like a soap opera.

“I can’t get over how terrible the narrative is, just how poorly written it is,” he said, according to E!. “It’s worse than a telenovela. It’s so dramatic. Like, ‘They’re broken up, they’re together, they’re storming out, storming in, rushing out, rushing in.’ They make every celebrity look like a schizophrenic.”

He added that after being in a relationship with her, “My life changed a lot. More people are like, ‘Hey, man!’ And I don’t think that’s from my role in John Adams. But it only changed as much as I engaged with it, and I learned very quickly: Don’t ever engage with it. Just JKL. It was a learning curve, but it wasn’t as traumatic as you might expect. It’s just annoying. Occasionally you’ll get a stewardess congratulating you, on, I don’t know, whatever, some three-headed baby we just had.”