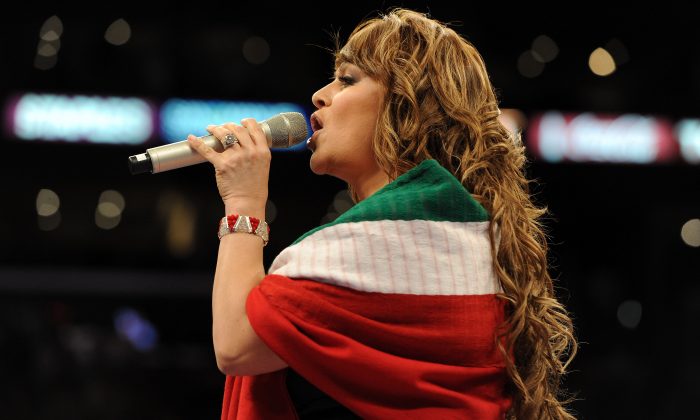 Jenni Rivera’s death was over a year ago but people are still discussing it since it was so shocking.

Now it’s emerged that a man seemed to be trying to warn the singer during her last concert in La Arena de Monterrey on December 8, 2012.

A YouTube video posted a week after River’s death shows part of her concert. During it, a man can be heard shouting among the screaming fans.

It sounds like he’s saying “Hoy la matan,” which translates to “She will be killed today,” according to Latin Times. It’s unclear if the audio was altered at all.

River’s family hasn’t commented on the video as of yet, though the singer herself was very public about how she was the recipient of death threats throughout her life.

Her brother Juan used to accompany her and provide security.

The audio seems to add fuel to people claiming a conspiracy in River’a death.

Investigations into the plane crash that took her life are still ongoing. Possible causes pegged by Mexico’s National Office of Civil Aeronautics include the plane not being properly aligned, and the pilot not even having the necessary permits to fly.

The pilot didn’t go through proper regulations before flying and didn’t log entries about possible faults int he aircraft, making the investigation harder.