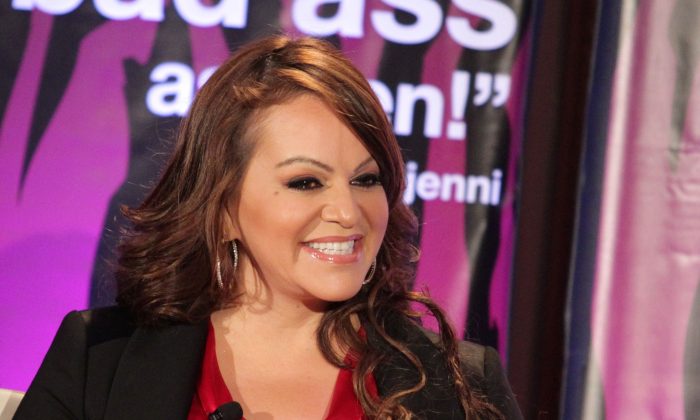 Jenni Rivera Death: Singer Honored as Families in Plane Crash Sue; Chiquis Rivera Wants to Do a Movie About Mother

Also, daughter Chiquis Rivera just released a new English language song and she and her brother have expressed a desire to direct a movie based on her mother.

“I plan to make much more things in the future involving my mother,” Jonny Lopez said recently. “Perhaps, maybe even directing her movie…”

He was referring to a music video that he and Chiquis made for Jenni’s song “Bast Ya.”

On Monday the crew on “Va Por Ti” honored Rivera on the show, reported the Latin Post.

And attorneys for Rivera’s company, and relatives of some of those killed alongside her in a plane crash, told a judge on Tuesday that they are trying to settle a lawsuit against the late Mexican-American superstar’s company.

Attorneys for families of Rivera’s lawyer, hairstylist, makeup artist, publicist and one of the pilots killed in the December 2012 crash reported the settlement discussions during a hearing Tuesday. Attorneys Steven Archer and Thomas Dempsey said the talks were with lawyers for Jenni Rivera Enterprises Inc. and a company that performed maintenance on the Learjet 25 that crashed in northern Mexico after plunging more than 28,000 feet.

Superior Court Judge Holly E. Kendig scheduled a Dec. 10 hearing for an update on settlement talks, or to schedule a trial in the case.

The owner of the Learjet, Starwood Management Inc., has not responded to court filings in the past seven months and no longer has an attorney handling the case. Kendig instructed plaintiffs’ attorneys to seek a default judgment against Starwood, which is incorporated in Nevada.

Rivera’s widower, former Los Angeles Dodgers pitcher Esteban Loaiza, also has sued Starwood for wrongful death and will be seeking a default judgment since the company hasn’t responded to its case. Loiaza’s suit contends the pilots flying Rivera and her entourage were not properly licensed for the flight and that the plane’s airframe was damaged in a 2005 accident.