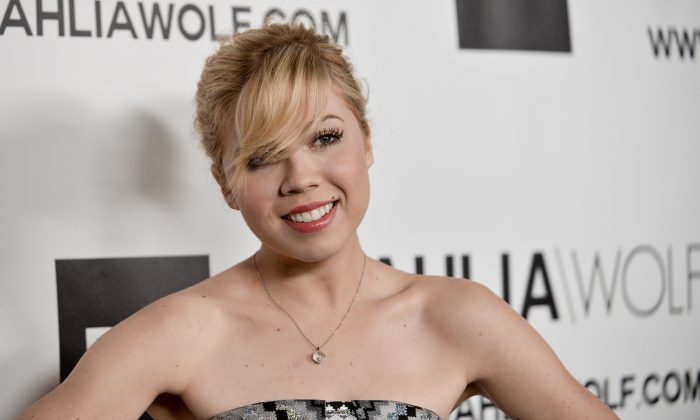 Jennette McCurdy arrives at the Hollywood debut of Dahlia Wolf, Fashion Made By You at the Graffiti Cafe on Tuesday, Oct. 22, 2013 in Los Angeles. (Photo by Richard Shotwell/Invision/AP)
US

Jennette McCurdy stars in a new web series, What’s Next for Sarah, her first project following the cancellation of Sam & Cat.

The 22-year-old plays Sarah, an actress who starred on a television show in her teenage years but now is unsure what to do with her life.

“I wanted What’s Next for Sarah to be a light-hearted call-out to some of the more absurd experiences I’ve faced growing up in the entertainment industry,” McCurdy told The Hollywood Reporter.

Episode 1 from What’s Next For Sarah? on Vimeo.

Episode 2 from What’s Next For Sarah? on Vimeo.

They feature situations like Sarah getting drunk with a friend at a house party, seeing a therapist, and meeting Hollywood-industry types.

“My goal was to exaggerate some of the more classic Hollywood archetypes — the phony reporter, the insincere agent, the duplicitous casting director — and heighten them to a surreal extent that we can all laugh at,” she said. “We all have those moments where we feel like the world is entirely crazy, and we’re the only sane person.”

The series “is influenced from experiences in Jennette’s career in Hollywood,” said producer Jesse Bloch. “Some are quite truthful and others completely exaggerated, but they’re all meant to show the absurd moments of living in the spotlight of the entertainment industry that one goes through from time to time.”