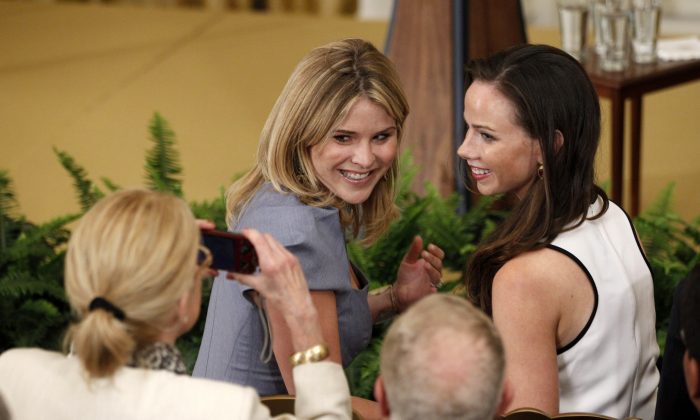 Former President George W. Bush's daughters Jenna and Barbara have their photo taken in the East Room at the White House in Washington prior to the unveiling of President Bush's official portrait. (AP Photo/Charles Dharapak, File)
US

Bush Hager posted an excerpt on Twitter Tuesday from a 2001 speech her father, a fellow Republican, gave at the Islamic Center of Washington, D.C. following the 9/11 attacks. Her father said, “Islam is peace” in his remarks. He added that Muslims “make an incredibly valuable contribution to our country” and called for them to be “treated with respect.”

Bush Hager said in her tweet that the speech is a reminder “to teach acceptance and love to our kids for all races, all religions.”

Bush Hager is now a correspondent for NBC News.

Trump, meanwhile, reiterated on Twitter that it’s not a “Muslim ban,” and it only bars citizens of Yemen, Libya, Somalia, Syria, Iraq, Iran, and Sudan from entering for 90 days. The world’s most populous Muslim-majority countries such as Indonesia and Pakistan are not included.