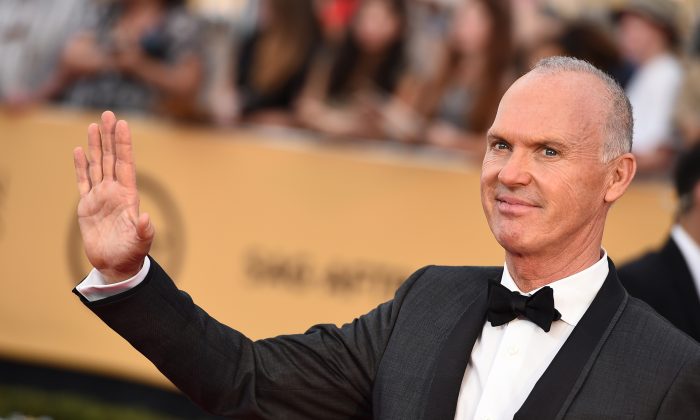 Michael Keaton at the Shrine Auditorium in Los Angeles on Sunday, Jan. 25, 2015. Keaton reveals his interest in current events by posting newspaper articles on his social media accounts. (Photo by Jordan Strauss/Invision/AP)
Entertainment

Hager, an NBC correspondent and daughter of former President George W. Bush, botched the name of a movie that earned Pharrell Williams a nomination for best original score for “Hidden Figures,” calling it “Hidden Fences.”

“Hidden Figures” is about female African American mathematicians who helped win the U.S. space race, while “Fences” is a 1950s family drama set in Pittsburgh starring Denzel Washington—and it was also up for nominations.

“If I offended people I am deeply sorry,” Hager later said. “It was a mistake, because ya’ll know I’m not perfect,” she continued, Variety reported. “I am authentic, but a human. And what I didn’t want to do is make anyone lesser than who they are. I apologize to both the cast, to Pharrell, but it was a mistake and I hope we can move on.”

Keaton made the same mistake on stage, introducing nominees for best-supporting actress.

On Twitter, it turned into a meme of sorts.

“So Jenna Bush is just merging all of the black movies tonight at the #GoldenGlobes, huh?” one user wrote.