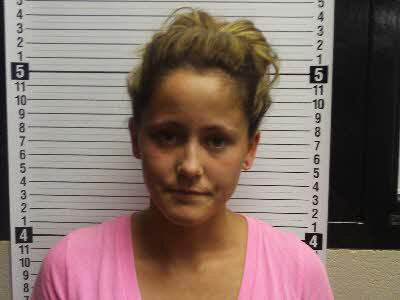 Evans, best known for her role in the MTV reality series Teen Mom 2, which follows around teen mothers, was arrested in Brunswick, North Carolina on April 23 after police officers found 12 small packets of heroin in her possession, according to US Magazine.

She also had other drugs and paraphernalia on her, such as a glass smoking pipe.

Police initially came to the home after an alleged domestic dispute between Evans and her husband Courtland Rogers.

While Evans struck Rogers with a piece of furniture during the dispute, Rogers hit her on the neck and struck her with a closed first, according to TMZ citing court documents.

Evans has had run-ins with the law before, including an arrest for testing positive for marijuana and opiates, in violation of her probation, in 2011.