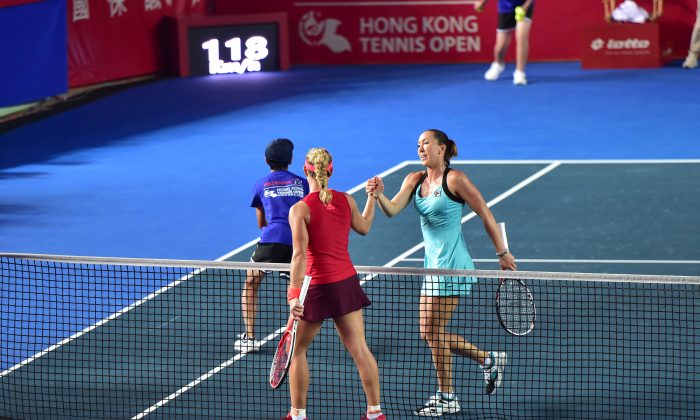 Jankovic, a former World No.1, lost the first set of the final against Angelique Kerber 3-6, was 5-4 down in the second set and heading for defeat but pulled out a love service game to force a tiebreak. She went on to win the tiebreak 7-4 to level the match. At that point Kerber took an injury time out and then struggled in the third set against powerful baseline play by Jankovic moving her opponent from side to side and pounding balls down the sidelines to take the set 6-1.

It was a strong come-back by Jankovic for her third win of the season having won previously in Nanchang and Guangzhou against lower level opposition.

Kerber had beaten Jankovic in Wuhan at the end of September and in Birmingham (GB) in June, so she was particularly happy with the result—thanking her opponent for letting her win on this occasion’

“Angelique, thank you so much for letting me win today, you have beaten me so many times and it was my turn today, so thank you for that” she said after receiving her winner’s trophy.

Jankovic won her semi-final match against a slightly out of touch Venus Williams (seeded 3) 6-4, 7-5, while Kerber breezed through her semi-final against Sam Stosur of Australia 6-2, 6-2.

Having struggled with injuries early in the season this was a good win for Jankovic to move her up the world rankings from 24 to 22.

In the doubles Alize Cornet and Yaroslava Shvedova (seeded 4) upset the rankings by defeating the No.1 seeds Lara Arruabarrena and Andreja Klepac 7-5, 6-4.