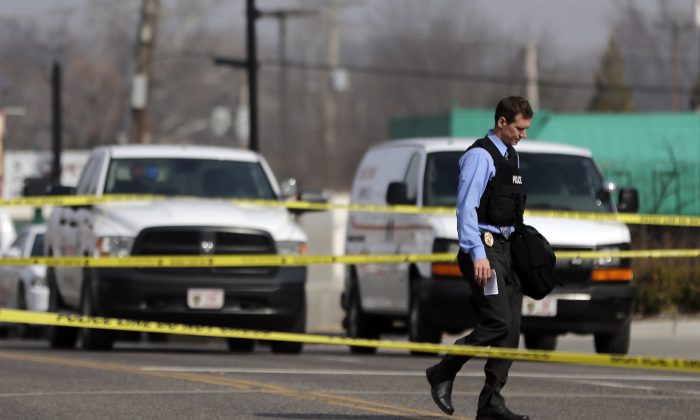 The St. Louis County Police Department made the announcement Sunday.

Suspect in shooting of 2 officers in #Ferguson — Jeffrey Williams, 20 pic.twitter.com/RPq8jBJHr0

“At this point it appears that only one person was firing shots, but the investigation continues because others may have been with him.”

“There is a lot of video out there and I hope there is a lot more than can be provided to investigators.” #Ferguson #stl

Jeffrey WIlliams: 20 yrs old. Suspect is on probation for receiving stolen property. He did acknowledge firing the shots. #Ferguson

An arrest has been made in connection with the shooting of two police officers in #Ferguson. Thank you for your help. #saferstl

Officials said Williams was at a protest earlier in the night before the officers were shot.

St. Louis County Prosecutor Robert McCulloch said Williams was charged with two counts of first-degree assault, a count of firing a weapon from a vehicle as well as three counts of armed criminal action, according to NPR.

The two officers, who have not been named, were shot early in the morning on Thursday outside of the Ferguson Police Department amid protests. The city’s police chief had resigned just hours earlier following a federal report from the Department of Justice.

Williams told police that he was shooting at another person–not at the police officers, police officials said. Williams is currently being held on $300,000 bond.