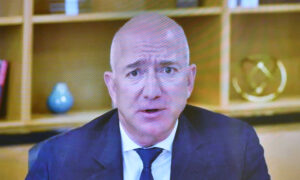 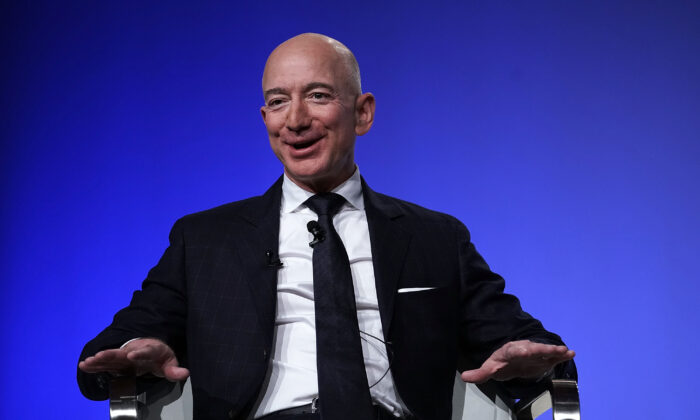 Jeff Bezos to Fly Into Space Next Month

Jeff Bezos, the world’s richest man, announced on June 7 that he would fly into space on July 20 with his younger brother, Mark Bezos.

They plan to board the first human-crewed flight of the New Shepard, a rocket made by Bezos’s space company, Blue Origin.

“I want to go on this flight because it’s the thing I’ve wanted to do all my life. It’s an adventure. It’s a big deal for me,” Bezos said in a video released on Instagram. “I invited my brother to come on this first flight because we’re closest friends.”

Mark said it’s a “remarkable opportunity,” and he was “awestruck” when asked to go along.

One of the seats to go into space with Bezos is open for bid on an online auction, ending on June 12. The highest bid was $3.2 million as of noon on June 7.

The winning bid will be donated to Blue Origin’s foundation, Club for the Future.

The space journey will last roughly 10 minutes. The passengers will experience three minutes of weightlessness during the flight.

The rocket and capsule will reach beyond the Kármán line, the boundary between atmosphere and outer space, which is about 62 miles from the surface of the earth.

The rocket will launch from a Blue Origin launch facility in Texas and parachute-land in the west Texas desert on July 20. The date marks the 52nd anniversary of the Apollo 11 moon landing.

According to Blue Origin, New Shepard has been tested since 2012, and it has had 15 consecutive successful missions, including three successful escape tests.

The New Shepard rocket and capsule are designed to fly six passengers, but it’s unknown how many will board the rocket’s first manned space trip.

Last month, Bezos declared he would officially leave his job as Amazon CEO on July 5, the anniversary of the day he founded Amazon 27 years ago.

Andy Jassy, the head of Amazon’s cloud-computing division, will become the next CEO.

Last month, Elon Musk’s SpaceX beat Bezos’s Blues Origin and others to win a NASA $2.9 billion contract to carry American astronauts back to the moon.