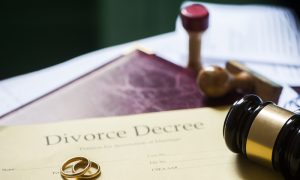 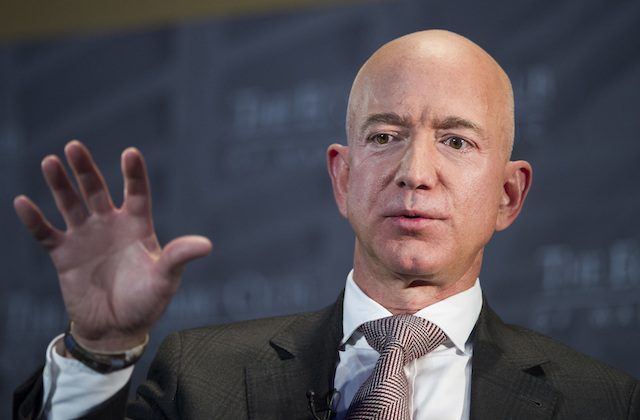 Jeff Bezos and Wife, MacKenzie, to Get a Divorce After 25 Years

Amazon CEO Jeff Bezos is slated to get a divorce from MacKenzie Bezos, his wife of 25 years, the pair announced.

Jeff and MacKenzie Bezos, who is a novelist, made a joint announcement about the split on Twitter on Jan. 9.

“We want to make people aware of a development in our lives. As our family and close friends know, after a long period of loving exploration and trial separation, we have decided to divorce and continue our shared lives as friends,” their tweet, posted on Bezos’s official account, reads.

According to NBC News, the couple met in 1992 when MacKenzie was working at investment firm D.E. Shaw. When Amazon was launched, she became one of the first employees at the online retailer.

Bezos is currently the world’s richest man, worth in excess of $100 billion. He launched Amazon in 1994, originally selling only books, before transforming the company into one of the world’s preeminent online retailers.

Jeff Bezos announces in tweet that he and his wife MacKenzie Bezos are divorcing; the Amazon CEO's net worth is estimated to be more than $160 billion https://t.co/E4gFWWtXto pic.twitter.com/4evWFQrCkU

According to Bloomberg News, Bezos is currently worth about $137 billion.

MacKenzie told Vogue magazine in 2013 about how they first met.

“My office was next door to his, and all day long I listened to that fabulous laugh. How could you not fall in love with that laugh?” she told the publication.

They were engaged for three months before getting married. After the marriage, he left his job on Wall Street and moved to Seattle, Washington, where he started Amazon.

There is no evidence that Jeff and MacKenzie signed a prenuptial agreement, which would mean their wealth would be split equally between the two.

Twitter, why wasn't there ever a made-for-TV movie about Jocelyn Wildenstein, staring Karen Black as the feral femme fatale? The resemblance is freaky. pic.twitter.com/bVHHJ6T1gA

News Corp. and Fox chief Rupert Murdoch’s divorce in 1999 from his ex-wife, Anna Maria Torv, had a settlement estimated at $1.7 billion ($2.6 billion inflation-adjusted).

Jeff and MacKenzie Bezos have four children, including three sons and a daughter adopted from China.