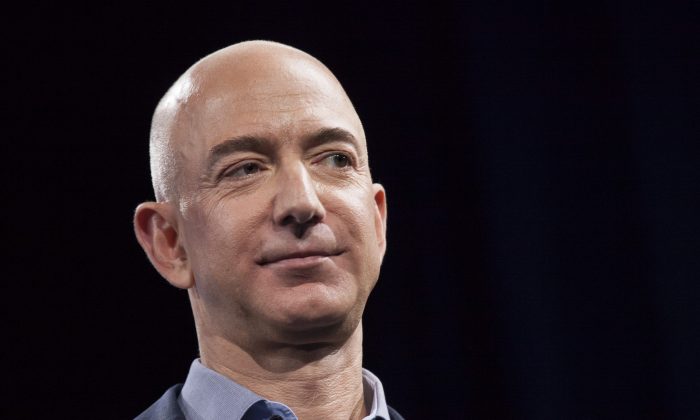 Amazon is serious about drone delivery.

Last year, when the company filed a patent for an autonomous drone-delivery system, many thought that Amazon was pulling the public’s leg. Since then, it has redoubled its efforts at drone development, lobbying the government, and obtaining an exemption to test drones in the United States.

In a recent interview, Amazon CEO Jeff Bezos reaffirmed the vision of Prime Air as the universal delivery platform of the future.

The technical problems are very straight ahead. The biggest issue … that needs to be worked on, is the regulatory side.
— Jeff Bezos, CEO Amazon

“One day Prime Air deliveries will be as common as seeing a mail truck,” Bezos told the Telegraph. “The technical problems are very straight ahead. The biggest issue, or the biggest thing that needs to be worked on, is the regulatory side.”

The technology for self-flying drones already exists, as drones can fly along a prefigured path guided by GPS.

Of course for Prime Air to work, the technology needs to ensure that delivery drones can navigate the urban jungle without hitting moving objects like birds, other drones, or humans, as it comes in for delivery.

Under current Federal Aviation Administration guidelines, the commercial use of drones are all but banned and companies that want to test drones have to procure a special exemption for the FAA. The FAA has so far approved more than a thousand exemption applications for testing.

The FAA is scheduled to release commercial drone regulations in 2017 at the earliest, after a series of delays. But even then, Amazon won’t have a chance to experiment with Prime Air because according to current regulations, commercial drones have to fly within the line of sight of its pilot.

That is why when the Australian startup Flirtey made a drone delivery to a rural Virginia town in July—the first drone delivery in the United States—it had a pilot that stood at a vantage point nearby to keep an eye on the drone.

In May, the FAA considered relaxing the line-of-sight rule for the commercial drones in areas that are difficult for humans to access, such as monitoring oil and gas pipelines or marine wildlife, but not for drone-delivery services, and it’s not difficult to see why.

The proliferation of drones has created a number of nuisances in recent months: a stray California drone interfered with efforts to quell a forest fire in June, and the number of drones shot out of the sky by suspicious neighbors is piling up.