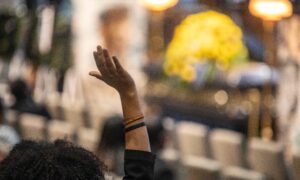 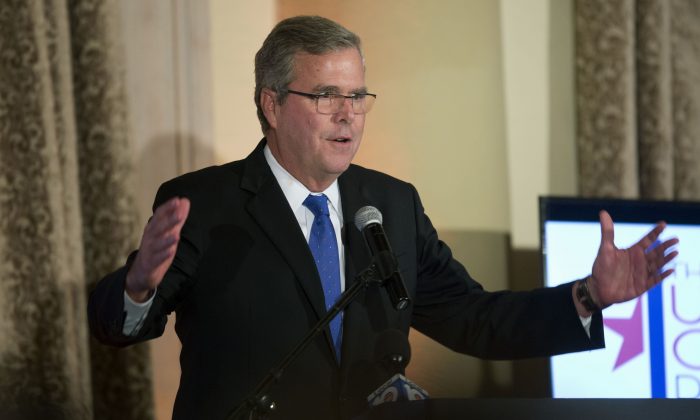 Potential 2016 Republican presidential candidate Jeb Bush has jumped ahead as the clear frontrunner, according to the latest polls, and political experts say he will likely remain in that spot for a while.

In the mid-December CNN/ORC poll, Bush received support from 23 percent of the respondents–up from 14 percent in a similar poll taken last month.

New Jersey governor Chris Christie, who is also undecided about running, was second with 13 percent. That number was also up from the last poll, which had him at 9 percent.

“Jeb Bush would no doubt be a very strong candidate in 2016,” said John Boyd Jr., a principal at The Boyd Company, which counsels major corporations on where to invest and create new jobs. As part of the work, the firm keeps close tabs on governors, mayors, and other legislators, and is in contact with a slew of donors.

“My sense is that Republicans will want to nominate a candidate with executive experience in 2016. As a former Governor, Jeb Bush can point to a record of cutting taxes, balancing budgets, and attracting new jobs and corporate investment,” Boyd wrote in an email. “This ‘getting things done’ narrative will be very compelling for Bush, along with current successful governors like Chris Christie in New Jersey, John Kasich in Ohio, Scott Walker in Wisconsin, and Rick Perry in Texas. It is a stark contrast to this ‘do nothing’ Congress.”

Boyd said he sees Bush and Christie as “the clear establishment front runners out of the gate,” with Bush set–if he does run–to receive a lot of support from the nation’s business community.

Christopher Kline, an adjunct instructor of history at Southern New Hampshire University and Westmoreland County Community College, agrees that Bush has a deep network to tap into if he does run, and noted that he’s already started.

“What should not be discounted is the Bush network that Gov. Bush immediately tapped into–that will give him a significant edge over the other contenders and be a significant factor going forward,” he wrote in an email.

But, Kline believes, the 2016 race will be similar to the 2012 race for the Republicans. “We need to remember that it is very early. If we think back to 2012, the most recent Presidential cycle, we had what I called a ‘Flavor of the week’ as it seemed as though a different candidate was leading the polls each week months before any primary votes were cast,” he said. “I am certain we will see the same thing this cycle. As more and more candidates announce, most notably Gov. Chris Christie, I am sure we will see a significant amount of fluctuation within the polls.”

The CNN/ORC poll followed a recent one by Saint Leo University that saw Bush, the former Florida governor, being named by 34 percent of Florida respondents as their likely first choice. Former Massachusetts governor and former presidential candidate Mitt Romney was named by 15 percent of respondents, while Rubio was named by 10 percent. The poll was of 500 adults, with a margin of error of approximately plus-minus 3.5 percent.

He said that he discussed the “future of our nation” and a potential bid with family members over Thanksgiving.

“As a result of these conversations and thoughtful consideration of the kind of strong leadership I think America needs, I have decided to actively explore the possibility of running for president of the United States,” Bush said in a message to supporters via Facebook.

A spokeswoman told the Associated Press that Bush will announce his decision to run, or not to run, next year “after gauging support.”