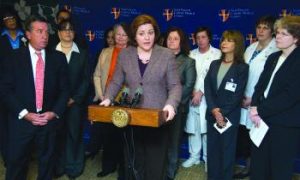 Speaker Quinn Takes a Crack at the Nursing Shortage
0 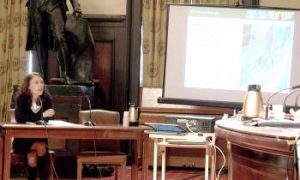 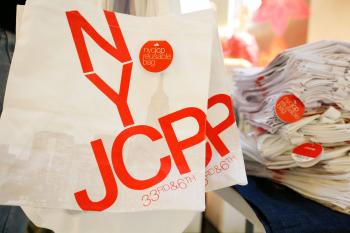 The JCPenney the Goodwill Denim Drive in April 2010 in New York City. J.C. Penney Co. Inc. said on Monday that it has given board seats to two of its most influential investors, and that it would close stores in the US to slash costs. (Amy Sussman/Getty Images)
Business

By Antonio Perez
Print
NEW YORK—Department store chain J.C. Penney Co. Inc. said on Monday that it has given board seats to two of its most influential investors, and that it would close stores in the United States to slash costs.

Penney’s two biggest investors, Pershing Square Capital Management and Vornado Realty Trust, had been lobbying company management to boost the value of its shares. The two investment firms together own 27 percent of Penney, and on Monday, the company stated that it has accepted Pershing’s William Ackman and Vornado’s Steven Roth on its board of directors, bypassing what would have been an acrimonious and public spat for control of the firm.

Penney announced “strategic actions” this week to position itself better against some of its biggest rivals such as Kohl’s and Macy’s, by closing underperforming stores and other non-core businesses.

It will close six stores in the United States, two call centers, one furniture outlet, and 19 outlet stores, as well as close its catalog sales business. The company gave no word regarding how many jobs would be lost as a result of the restructuring.

“[Penney]’s a great company, it's a great brand, it's been around for years, but it has underperformed its peers," Ackman said in an interview with CNBC.

The company expects the cost savings to reach about $25 million, or around 7 cents per share.

Commenting on the new appointments to the board, Penney CEO and Chairman Mike Ullman said, “They share our passion for operational excellence and are committed to enhancing value for all of the Company’s shareholders. We look forward to benefitting from their expertise.”