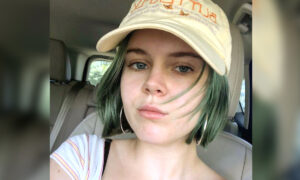 Jayah Ram Jackson was a 15-year-old student at a school for the gifted in New York City before stunning her family by jumping to her death from the Upper West Side building where her grandmother lives.

Jackson entered the building on Thursday morning, a familiar sight for the doorman and neighbors.

But after sitting on the roof for two hours, Jackson went downstairs to talk to her grandmother for about 30 minutes, before she went back to the roof and jumped off.

Jackson was having trouble with bullying at NEST+m, a school for gifted children on the lower east side.

She said via Facebook that “people tell me to kill myself all the time.”

“I try to refrain from posting these things because I’d assume many people would think it’s for ‘attention,'” she added. “But holy crap people keep telling me to kill myself!”

“Being 5’6″ and 115 pounds apparently makes me fat, according to mean people on the Internet,” she said.

She said on ask.fm that she used to cut herself. Though she had stopped, she said in November 2013 that “because it’s been so long I have been considering suicide a lot more frequently.”

She also said on January 5 via Facebook that “At least 8 people have told me they want me to kill myself in the past 2 days. I just hope that when i actually do it, they don’t feel responsible. because they won’t be.”

“I used to have the intense desire to be respected, or at least liked,” she wrote on Feb. 11. “It rarely ever worked out. I don’t care anymore.”

A day earlier, Jackson noted her loneliness ahead of Valentine’s Day.

A doorman at her grandmother’s building, David Foster, told the NY Daily News that it wasn’t apparent that Jackson was having problems.

“She’s such a sweet, sweet girl,” he said. “I never knew she had any problems.”