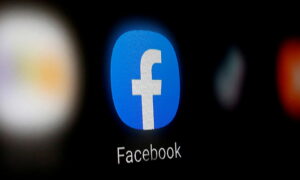 A viral Facebook post saying rapper Jay Z cheated on his wife, Beyonce, and a tape was “found by Solange Knowles,” her sister, is nothing more than a scam.

The post claims to have a video, but there is none, and it includes a photo of Jay Z.

However, after one shares the post, they’re taken to another site that displays bogus surveys. After completing the survey, there’s still no video, just more surveys.

The surveys are used by the creators of the scam to make money.

According to security expert Graham Cluley, Facebook announced a few months ago it would try to clean up the scams, but it doesn’t appear to be working well.

“Some stories in News Feed use inaccurate language or formatting to try and trick people into clicking through to a website that contains only ads or a combination of frequently circulated content and ads. For instance, often these stories claim to link to a photo album but instead take the viewer to a website with just ads,” said Facebook at the time.

Cluley notes that scammers have “monetized” campaigns to trick users “into taking an online survey or entering an online prize draw which earns them commission.” He added, “The fraudsters earn affiliate cash by getting you to complete a survey, and can trick the system further by resharing the link from your account to pass onto your online friends and family.”