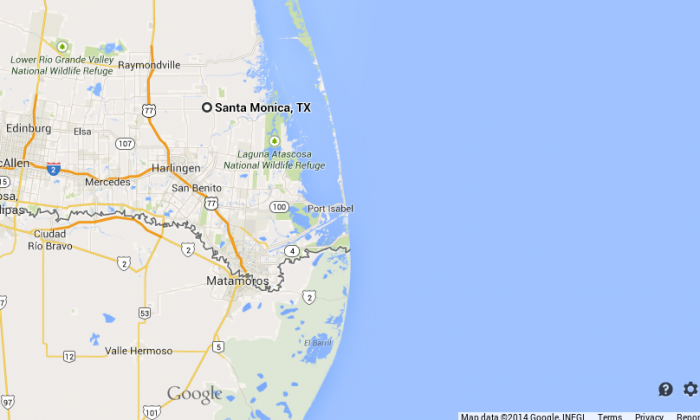 The Vegas were shot Sunday night while fishing near Santa Monica with relatives. The suspects were captured in nearby Sebastian. Authorities have not confirmed their identities, but told the Valley Morning Star that they are Hispanics.

Vega Jr. was able to return fire, which left the suspect’s vehicle disabled a few miles away. The men then walked to a small house and asked for water; a man in the area alerted police.

“That’s typical of some of these crimes that have been happening in the area,” Spence said. “There are several instances were people have been robbed while fishing. They pulled up and try to rob them, take their money, jewelry and usually vehicle.”

Homeland Security Secretary Jeh Johnson in a statement Tuesday said the younger Vega was a veteran of the Marine Corps and served the Border Patrol for six years.

“I will never understand why we have such heartless people in this world! An amazing man was taking (sic) from his family way to soon! Please keep my family in y’all’s prayers! Especially his 3 boys and wife! And my father in law who is still in the hospital! We love you and will forever miss you Javier Vega Jr.!!!”

The National Border Control Council said in a statement: “After Agent Vega fell, his family members continued to fight back. Agent Vega’s actions were in keeping with the finest traditions of the United States Border Patrol and his will be a place, deserved of honor and glory, when the final story of the United States Border Patrol is written. Our thoughts and prayers go out to his family, friends, and colleagues in the Rio Grande Valley Sector.

“We want to commend the Border Patrol agents and other law enforcement officers involved in the manhunt for Agent Vega’s killers. It is through their professionalism and tenacity that the wretched animals who committed this crime will face the full measure of Texas justice.”