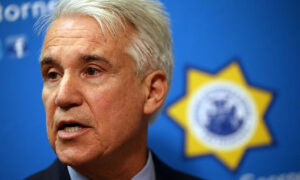 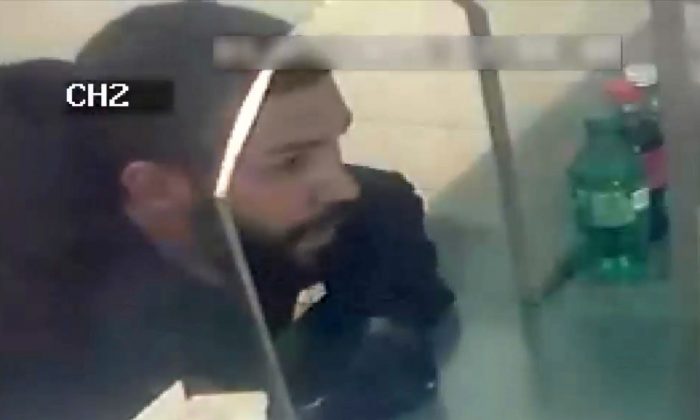 Jason Polanco was arrested for the shooting of two NYPD officers on Monday night in the Bronx, reports on Tuesday said . In this photo from a surveillance video provided by the New York Police Department, an alleged suspect orders food at a Chinese restaurant in the Bronx borough of New York, Monday, Jan. 5, 2015. Two New York City police officers responding to a robbery in the Bronx were shot and wounded Monday night, and a manhunt was still underway hours later for a pair of suspects, authorities said. Police Commissioner William Bratton said the five plainclothes officers, part of an anti-crime unit, were in a car when they spotted two possible suspects in the robbery, one outside a Chinese restaurant and another inside it. (AP Photo/NYPD)
US

Jason Polanco ID’d as One of Suspects Who Shot NYPD Officers: Reports

Jason Polanco was being questioned for the shooting of two NYPD officers on Monday night in the Bronx, reports on Tuesday said.

Polanco was arrested near East Tremont and Westchester avenues in The Bronx, reported the New York Post. Sources told the paper he was nabbed before 1 p.m.

A second man was taken into custody, but his name wasn’t released.

Both officers are in stable condition.

Jason Polanco arrested for shooting 2 NYPD officers in the Bronx He was shot as well #PoliceLivesMatter pic.twitter.com/hXR7MNH28a @NYCityAlerts

Polanco is suspected of opening fire on plainclothes police officers Andrew Dossi and Aliro Pellarano near a Chinese restaurant.

According to The Associated Press:

A manhunt was under way Tuesday for at least two suspects who shot and wounded two New York City police officers responding to a robbery in the Bronx.

Both officers were listed in stable condition.

Police say one of the suspects may have been wounded in the gunfire. They were trying to determine whether a man who later walked into a hospital with a gunshot wound to his back was connected to the incident.

The shooting occurred around 10:30 p.m. Monday near East 184th Street in the Tremont section. The officers were coming off their shift when they and three other plainclothes officers responded to a report of a grocery store robbery.

“They went above and beyond the call to protect their fellow New Yorkers. Thank God the officers are doing well and will recover,” Mayor Bill de Blasio said at the hospital where the officers are recovering.

The shooting came about two weeks after two officers were fatally shot while sitting in their patrol car in Brooklyn, and on the same day that the city touted record low crime levels.

Monday night’s shooting unfolded as officers were searching for suspects for an armed robbery that occurred minutes earlier at a grocery store.

Police Commissioner William Bratton said the officers, part of an anti-crime unit, were in a car when they spotted two possible suspects in the robbery — one outside a Chinese restaurant and another inside it.