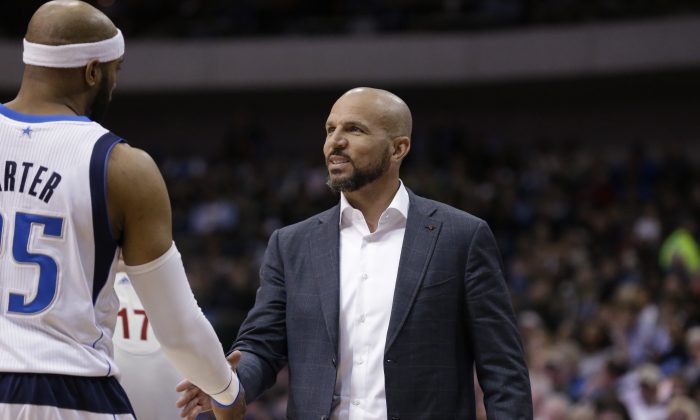 Jason Kidd: Daughter Cheyenne Having a Child, Bucks Coach to be a Grandfather

Jason Kidd, the Milwaukee Bucks coach, might be a grandfather, according to a report on a gossip site.

The 20-year-old daughter of Kidd, who took the job as the Bucks coach after coaching the Brooklyn Nets last season, will have a baby boy, said MediaTakeOut.

The report said that Cheyenne Kidd is pregnant after having “a troubled life, and she was in REHAB a few years back . . . but she’s cleaned up her life – and has a new baby on the way.”

It adds that her father is an NBA player, but it didn’t elaborate further. “They say her babys father in in the NBA, and plays for the Lakers, and has a superstar GF,” the report then says.

Kidd’s Bucks are currently 4-5, and right after the season started, he gave an interview about his tenure with the Nets.

“Did I want to be traded?” said Kidd, according to ESPN. “I think once [the Nets] OK’d the talk to Milwaukee, that just showed, whatever you want to call it, rumors or no rumors that they wanted to fire me in December had to have some legs.”