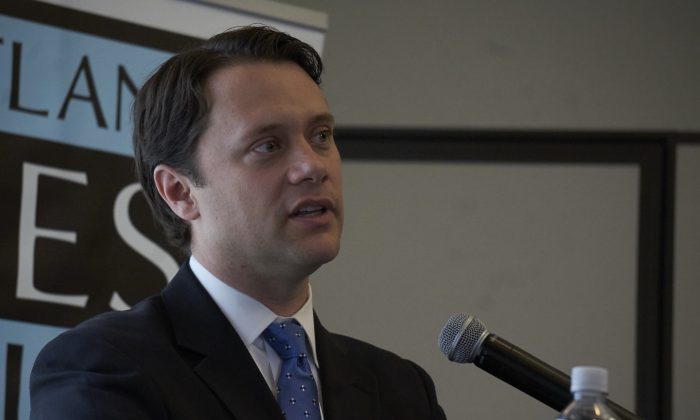 Jason Carter, grandson of former President Jimmy Carter, said that everywhere he goes these days, people tell him, “‘Hey, tell your grandparents I’m praying for them.'” On Dec. 1, he went to Twin Rivers Middle School in Buford, Georgia. They dedicated their Christmas chorus concert to Jimmy Carter. They sang “Amazing Grace.” “That outpouring of support has been very real and very gratifying,” he said.

Jimmy Carter, 91, announced that he had melanoma in August 2015 and soon started treatment. He also announced that his grandson had been elected to chair the board of the Carter Center.

The fortunes and misfortunes of this unusual family are weaving themselves into my thoughts about how to live and how to become an elder. My book club just read Atul Gawande’s “Being Mortal: Medicine and What Matters in the End.” It’s an honest look at how unprepared most doctors are to respond wisely to death. It’s about changing that.

One of our book club members has cancer. Tall, theatrical, and bold, she minced no words: “I tell you, I got 70 pages in, and I said, ‘not now,'” making a gesture of flinging a book aside. It was Thanksgiving, and she was more interested in playing with her grandchildren than reading about mortality. That’s exactly the approach Gawande recommends.

Then she led us on an entertaining journey about how much she likes her doctor. He’s handsome. He’s not that handsome. She does not have a crush on him. He has a beautiful, soothing voice. It’s not a crush!

They are in a remarkable place, spiritually and emotionally.
— Jason Carter

She had to undergo a painful procedure to prepare for a “hefty dose” of radiation. She said to herself, “I am not sure I can do this.” After a long process of assertiveness, charm, and finally some compassion from a nurse, she got a serious pain pill. Then, though it still hurt, she said the pill let her escape by singing in her mind.

We sang out loud with her at our book club meeting.

1. What is your understanding of where you are and of your illness?
2. What are your fears or worries for the future?
3. What are your goals and priorities?
4. What outcomes are unacceptable to you? What are you willing to sacrifice and not?

I don’t know if former President Carter has asked himself those questions. But we all know that since his one term as president in the 1970s, he has worked on his own goals and priorities. He’s done it with unusual flexibility, Jason Carter said. He was speaking at the Atlanta Press Club on Dec. 2.

Few remember that “my grandparents thought [the Carter Center] would be like Camp David, a mediation center for international conflict—not at all what it does today,” Jason Carter said.

Instead, the Carter Center teaches people how to solve their own problems, according to Jason Carter. It looks for gaps. It finds a problem that other agencies are not working on. It tries to solve the problem for a limited time. Then it hands it off to local people.

It is non-partisan, he said. “We take that very seriously.” Oz Nelson, the board chair before him, is a “diehard Republican.” The Carter Center seeks to include and learn from people of all persuasions.

Books, Dystopias, and the Joy of Los Angeles Public Library

The long years of working to help others built a foundation that is letting his grandparents be at peace now, in Carter’s opinion. “They are in a remarkable place, spiritually and emotionally,” he said.

My book club buddy is in a remarkable place, too. All along she has been honest about what she wants and what she thinks. Like the Carters, she has led a generous life.

I see these elders, and they are making a map for me. I’m going to try my best to walk a good path.