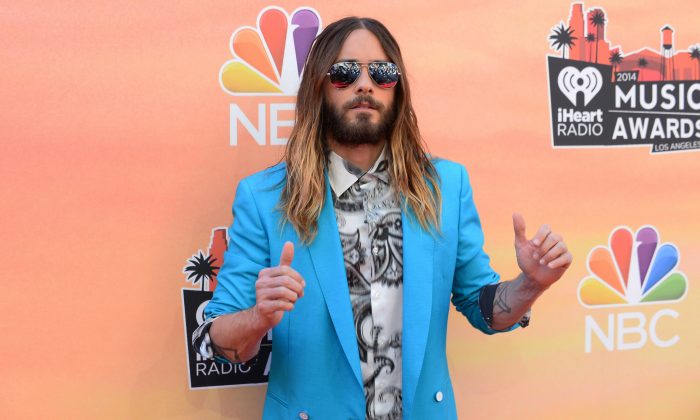 Jared Leto arrives at the iHeartRadio Music Awards at the Shrine Auditorium on Thursday, May 1, 2014, in Los Angeles. (Photo by Jordan Strauss/Invision/AP)
Entertainment

Jared Leto Meets With ‘Brilliance’ Director; Next in Line for Lead Role

Jared Leto is next in Line for the lead role in the upcoming sci-fi drama “Brilliance.”

Based on a three-part novel series by Marcus Sakey, “Brilliance” follows the story of people with supernormal abilities known as “brilliants” who live among humans. Some of the abilities include people who can sense changes in stock markets allowing them to accrue enormous wealth, or those who can read people’s secrets by the way they fold their arms.

If Leto gets the main role, he will play Nick Cooper’s character in the film adaptation. Cooper is a federal agent and one of the “brilliants.” His supernatural powers allow him to be exceptionally good at tracking down terrorists.

In the story, Cooper is faced with a dangerous man, a “brilliant,” who has devised an elaborate plan to begin a civil war. Cooper will need to sacrifice everything he believes in and betray his own kind in order to have a chance at catching the terrorist.

According to Variety, Leto met with the director of the film on Monday, June 16. 2014.

Legendary Pictures will be adapting “The Brilliance Saga,” which is a three-part novel series, the first part of which was released in the summer of 2013. The second novel was released June 17, 2014.

Will Smith, who was originally announced to be drafted for the film pulled out due to scheduling conflicts, according to Deadline. Smiths is said to be part of the cast of the Independence Day sequel for FOX.

Filming of “Brilliance” is said to begin this summer.

Leto is best known for his role in “Dallas Buyers Club,” for which he won an Academy Award for Best Supporting Actor earlier this March.