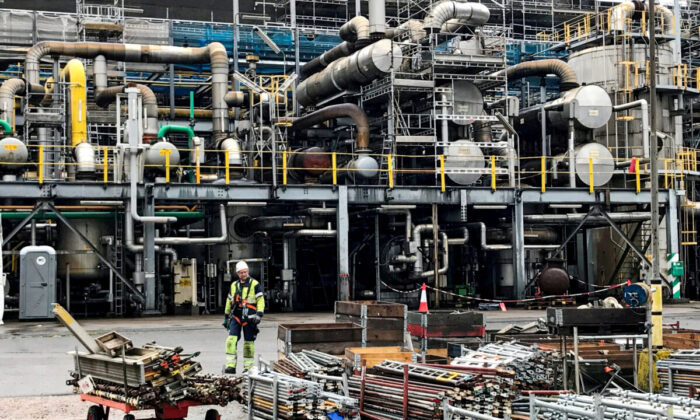 Toyo Engineering Corporation announced on Tuesday that Japan’s government had awarded it the contract to conduct a feasibility study for the green ammonia production in Indonesia.

The Japanese engineering firm will collaborate with the state-owned Pupuk Indonesia Holding Company (PIHC) and its subsidiary Pupuk Iskandar Muda (PIM) for the feasibility study, which will be done at PIM-owned fertilizer plants.

Over the course of the study, Toyo “would like to establish a plan for the optimal development, with consideration for the selection of appropriate renewable energy power source” for the green ammonia production in Indonesia, according to its statement.

“Toyo constructed the fertilizer plant by PIM in 2000s. Utilizing its experience and knowledge, Toyo plans to develop a competitive green ammonia production facility by modifying the existing plant in the most optimum way,” the firm said.

“In addition, future decarbonization of other fertilizer plants under PIHC by applying the similar scheme is also scope of the [feasibility study],” it added.

Toyo’s statement made no mention of the project completion timeline.

Ammonia can be used as “a fuel for co-combustion at coal power plants, vessel bunkering fuel, and as a transportation and storage measure of hydrogen.” Toyo said that it plays a significant role in realizing a low-carbon society as it emits no carbon dioxide.

The Japanese government plans to increase its fuel ammonia utilization by 3 million tons a year by 2030, seeing ammonia as a potential energy solution for a country like Japan, which has few local renewable energy sources.

The two companies aim to combine their technical expertise in ammonia manufacturing plants to support Japan’s goal of realizing carbon neutrality by 2050.

“The Toyo Group and the JGC Group will jointly pursue business operations and project execution related to the evaluation, planning, engineering, procurement, and construction of fuel ammonia manufacturing-related facilities around the world, including for overseas companies,” Toyo stated.