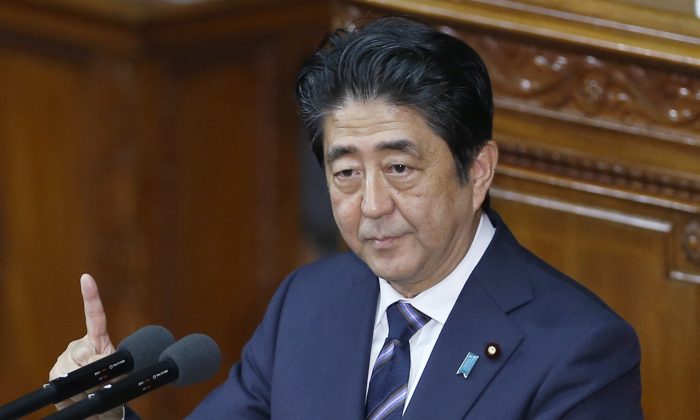 TOKYO—Japanese Prime Minister Shinzo Abe pledged Monday to accelerate his mix of policies to prop up Japan’s economic recovery and speed up parliamentary approval of the Trans-Pacific Partnership trade pact.

In his policy statement opening the 66-day parliamentary session, Abe outlined an extra set of stimulus measures to help the economic recovery and spur more consumer and corporate spending. He aims to push through a supplementary budget within weeks to implement the measures in the package, which is worth 28 trillion yen ($2.8 billion).

Abe reiterated that the global economy faces “major risks” such as uncertainty over Britain’s exit from the European Union and the slowdown of emerging economies including China, stressing the need to accelerate his Abenomics policy mix of fiscal stimulus and structural reforms.

“We’ll further accelerate Abenomics and maximize the pace of moving out of deflation,” he said.

Abe said the TPP is a key part of his growth policies, though he did not set a specific deadline for parliamentary approval of the trade pact, apparently amid uncertainty ahead of the U.S. presidential election in November. He only hinted at a timing of TPP approval sometime later this year.

“An early entry into force of the TPP will be a big chance and we will aim to quickly achieve a 1 trillion yen ($10 billion) target (of annual agricultural exports),” Abe said.

He said he seeks to reach a basic economic partnership agreement with the European Union by the end of December, a target that Japan has previously set.

Abe highlighted the economy in his address, while touching on his long-cherished but divisive political goal of revising Japan’s U.S. occupation-era constitution. He urged a national debate as a step to gain support for a revision, but mentioned the constitution only briefly at the end of his speech.