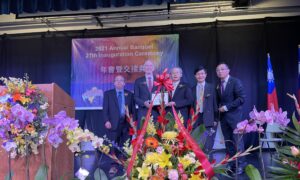 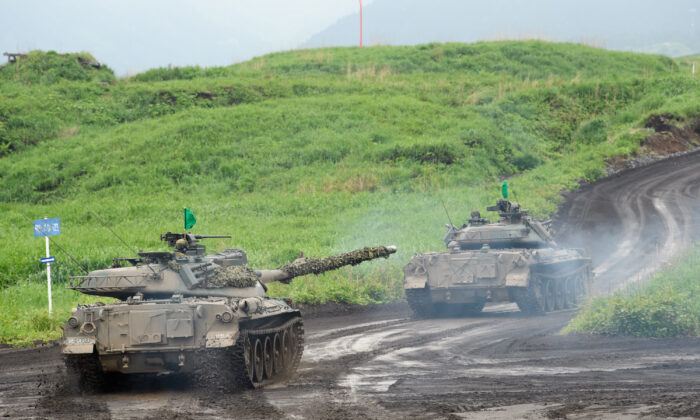 Japan announced earlier this month that it will deploy 500 to 600 military personnel to the southwestern island of Ishigaki, which is near Taiwan, in a move that experts say will solidify the country’s commitment to defending Taiwan from Chinese Communist Party (CCP) aggression.

The development is also part of a larger shift in Japanese policy toward increased international military cooperation aimed at countering the CCP, according to experts.

The new units, expected to be operational by 2022, will be drawn from various elements of Japan’s Self-Defense Forces (SDF) and include both surface-to-ship and ground-to-air missiles.

“I think that, while the Japanese government maintained the ‘self-defense’ mentality, underlying that has always been the thinking that if North Korea or China, or Russia to a lesser extent, moved aggressively, then this position would change pretty quickly,” a former senior official for the Australian Department of Defense familiar with Japan’s defense policy told The Epoch Times on the condition of anonymity.

Following its defeat in World War II, Japan was forced to accept a constitution that outlawed war as a means of settling international disputes. Since the adoption of its constitution in 1947, Japan’s military has been organized and deployed only as a self-defense force. In 2014, however, the Japanese government reinterpreted the provision to grant its forces the ability to defend its close allies as well.

According to the former Australian official, planning for the increased defensive posture around Taiwan has been in development since 2017, and further combat elements are soon to follow. Those elements include an electronic warfare unit to be placed on Japan’s westernmost island of Yonaguni by 2023 and an SDF base to be placed on the island of Mageshima, an uninhabited outcrop 21 miles from the country’s southernmost main island of Kyushu.

The increased defensive posture around Taiwan comes amid heightened allied efforts to deter Chinese aggression in the Indo-Pacific, the South China Sea, and the East China Sea.

“Electronic warfare involves using electromagnetic waves to disrupt the enemy’s plans and operations,” the former official said. “The GSDF [Ground Self-Defense Force] unit joins space and cyber warfare as new areas of defense Japan has moved into in recent years and is intended to strengthen the country’s defensive capabilities in the southwest amid China’s increasingly muscular stance in the region’s waters.”

The specifics of the programs mentioned remain unconfirmed, but Japan has publicly acknowledged that it’s exploring additional funding for new electronic warfare units in the region and for improving capabilities announced in 2020.

In 2019, the Japanese government purchased the island of Mageshima from a private company for $146 million. Japan stated at the time that the island would be used for a new base to conduct drills in coordination with the U.S. military.

The new base would improve joint drills with the United States, as U.S. aircraft would only have to fly roughly 250 miles from the air station in Iwakuni, located at the southern end of Japan’s main Honshu island, to conduct landing drills with allied aircraft carriers, rather than the nearly 850 miles to Iwo Jima, which lies 750 miles southeast off the coast of Japan, where such drills are currently conducted.

Ishigaki and Yonaguni are part of the Yaeyama Islands, located in the westernmost region of Japan. Yonaguni is a mere 68 miles from Taiwan, and its placement is strategically vital to Japan’s efforts at bolstering the defense of Taiwan.

John Mills, former director of cybersecurity policy, strategy, and international affairs at the Office of the U.S. Secretary of Defense, confirmed the strategic value of the region.

“These would be perfect islands to be forward logistics support or overwatch bases, to provide fire support for Taiwan,” Mills told The Epoch Times. “They are hugely important.”

Leveraging the Yaeyama Islands to provide indirect fire, electronic warfare, and logistical support appears to be exactly what Japan intends to do in its mission to deter Chinese aggression and encroachment in the Pacific, about which it has expressed growing concern.

According to the former Australian official, Japan’s ability to act as a forward point for its allies and to cause disruption among CCP forces could be helpful to the ability of Taiwan to preserve itself.

“In the event of invasion of an island, monitoring and jamming enemy communications would be an effective countermeasure as opponent troops and warships communicate with each other through signals while carrying out military operations,” the former official said.

Recent research suggests that the CCP is building its military force with the specific intent of pushing the United States out of the Indo-Pacific region, and the communist regime is building a plethora of new silos for nuclear missiles that may aid its efforts in great power competition.

Japan’s commitment to ensuring that Taiwan can deter the CCP from an invasion is likely to come as a welcome boon to its allies. And the strategic placement of its military assets will add important capabilities to allied efforts at deterring the CCP from its ambitions of forcibly seizing control of Taiwan.

According to both Mills and the Australian source, Japan’s gradual shifts toward lifting postwar era bans on expeditionary military forces marks a natural evolution in Japan’s thinking about defense and its place in the international community.

“This is not Japan returning to 1935,” the source said. “It is Japan evolving its position as a more normal security partner in the region that wants to see international norms and values adhered to.”

Similarly, Mills said that Japan’s increased cooperation with the other nations of the Quadrilateral Security Dialogue, or “Quad” (Australia, India, and the United States), as well as the UK and France, was based on a pursuit of both geopolitical stability and human rights.

“I think this is a very natural coming together of developed democratic republics that have similar interests,” Mills said.

“I think there’s a growing realization that there is an impending conflict, and it is imperative to show maximum deterrence capability.”

Japan’s increased militarization appears to be in line with the “proactive pacifism” coined by former Prime Minister Shinzo Abe, a strategy for security and defense that relies upon maximizing deterrence through close multilateral coordination and improved military preparedness.

This proactive pacifism was, for the first time, openly aligned with the defense of Taiwan earlier this year, when a Japanese defense white paper reaffirmed the nation’s commitment to its alliance with the United States and called for treating the situation with Taiwan “with a sense of crisis.” The document further outlined that the continued stability of Taiwan is imperative for Japan’s own national security.

The effort to further develop multilateral military capabilities goes hand-in-hand with Japan’s recent announcement that it would station new missile units on Ishigaki, according to the anonymous source, and there’s likely to be increased international training to that end.

“There is ongoing and increasing coordination between Australia, Japan, and the U.S.—bilaterally and trilaterally,” the source said. “This will include things like training, building interoperability between the militaries, further developing common platforms and capabilities, information exchanges, and so on.

“I think we will see a gradual continued strengthening of defensive and offensive capabilities along the first island chain, as well as greater cooperation with the U.S., Australia, and other allies and partners—including through the Quad.”

Mills also believed that the Quad, with the addition of France and the UK, would prove to be an exemplary vehicle for deterring the CCP from violence.

“The Quad is a perfect structure to help countries come together to deter Chinese aggression and adventurism,” Mills said. “Between [the United States], [Japan], Australia, and India, the four of us together can field quite a formidable team.”

Mills also highlighted that a carrier strike group from the UK recently set sail for a seven-month mission in the Pacific, and that France was beginning to harden its stance on the CCP’s aggressive actions.

For now, Japan’s efforts at defense cooperation with the Quad and others appear to be building a solid foundation for future security arrangements, but Mills cautioned that Japan’s wartime legacy from World War II still presented some problems when it comes to fostering better coordination with Asian nations in the Pacific.

“It’s something in history that should not be forgotten,” Mills said. “But we need to be able to work through that because there is an urgent, real mortal threat, which compels all of us to focus on that [instead].”

However, for those unsure of the depth of Japan’s commitment to stability in the region or to the extent of the threat posed by the CCP, Mills pointed to comments made by Japan’s Deputy Defense Minister Yasuhide Nakayama in June, when the official stated that Taiwan’s independence as a democratic nation must be protected at all costs.

“This is a serious matter,” Mills said. “The deputy defense minister made a very strong statement because the Japanese are on the front line, and they know it.”

“They realize this is a mortal danger.”

Andrew Thornebrooke
Freelance Reporter
Follow
Andrew Thornebrooke is a freelance reporter covering China-related issues with a focus on defense and security. He holds a MA in military history from Norwich University and authors the newsletter Quixote Hyperdrive.
AThornebrooke
TOP NEWS