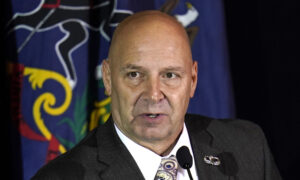 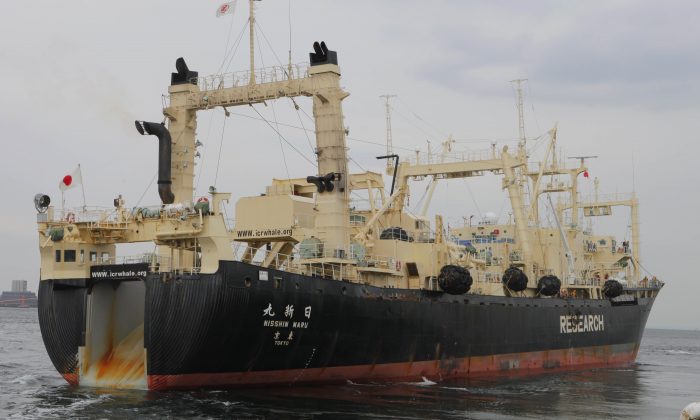 In this Friday, March 25, 2011 file photo, Japan's whaling ship Nisshin Maru leaves a port in Tokyo, for the water off Miyagi Prefecture. The battle over Japan’s controversial whaling program is moving from the high seas to the United Nations’ highest court. Australia opens its case Wednesday June 26, 2013 at the International Court of Justice, arguing that Japan’s annual hunt in the icy waters around Antarctica is an illegal commercial activity outlawed since 1986 by an International Whaling Commission moratorium. (AP Photo/Itsuo Inuye)
Social Media

An article saying that a Japanese whaling crew with the MV Nisshin Maru was eaten by killer whales is a hoax.

“A Japanese whaling crew has fallen victim to a dramatic full on assault by a school of killer whales, killing no less then 16 crew members and injuring 12, has reported the Japanese Government this morning,” the now-viral article says. The crew of the MV Nisshin Maru Japan’s primary whaling vessel and the world’s only whaler factory ship, was forced to leave the deck temporarily as a gas leak was detected within the ship’s processing factory that resulted in the ship being temporarily disabled all while continuing to carry approximately 1,000 tons of oil.”

But according to a disclaimer on World News Daily Report’s website, the content posted there shouldn’t be taken seriously.

“World News Daily Report is a news and political satire web publication, which may or may not use real names, often in semi-real or mostly fictitious ways. All news articles contained within worldnewsdailyreport.com are fiction, and presumably fake news. Any resemblance to the truth is purely coincidental, except for all references to politicians and/or celebrities, in which case they are based on real people, but still based almost entirely in fiction,” it reads.

A number of people on social media websites apparently believed the whaling hoax.

“For once the table has been turned, maybe they will learn,” one person wrote in the comments section.

Added another: “I think the world has turned upside down when people start caring more about animals then people.”

“Well thats what they get shouldnt have been out there in the frist place now they lost their live as far as the gas leak could of been the whales causing that gas leak they will never know how much worse it could have been KARMA serving the world,” said another.