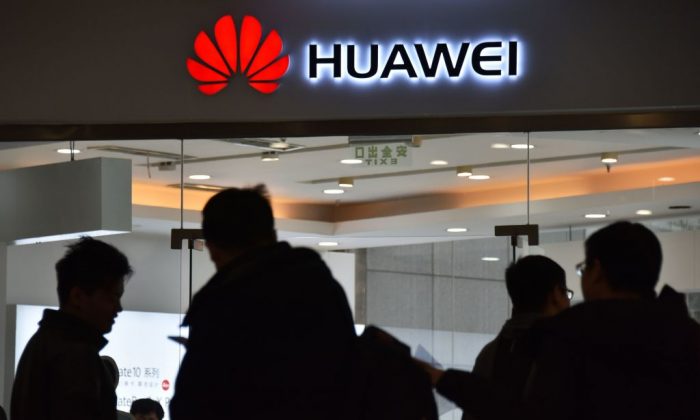 Around the world, one telecom company after another has announced plans to reject 5G equipment from Chinese telecom giants Huawei and ZTE.

The latest rejections were announced by Japan’s three main telecoms operators, SoftBank Group, NTT Docomo, and KDDI, according to a Dec. 10 article by Japanese media Nikkei. The decision came on the heels of a Dec. 7 announcement by the Japanese government banning government purchases of equipment from Huawei and ZTE, in order to increase its defense against intelligence leaks and cyber attacks.

The next generation of wireless mobile communication technology, 5G is estimated to be at least 100 times faster than current 4G networks. Additionally, 5G is considered key for revolutionizing many industries, including health care, manufacturing, and transportation. Countries are vying for leadership in 5G because it is viewed as critical to economic growth.

Rakuten, Japan’s fourth-largest wireless carrier, has also stated that the firm does not plan to use Chinese telecommunications equipment, according to Nikkei.

In August, U.S. President Donald Trump signed into law the National Defense Authorization Act, which includes a provision to ban U.S. government agencies and contractors from using equipment and services from Huawei and ZTE, citing the risk for espionage.

According to Nikkei, Japan plans to start testing 5G in 2019 with the goal of “full-scale roll out of commercial services” the year after, before the 2020 Olympics in Tokyo.

Currently, SoftBank is the only major telecom provider in Japan that uses Huawei and ZTE equipment for its 4G network, according to Nikkei, so the announcement to drop the two Chinese suppliers for 5G could potentially delay Softbank’s rollout of 5G services—given that the transition from 4G to 5G involves some upgrading of existing 4G networks.

Neither Docomo nor KDDI use Chinese equipment for their 4G network, according to Nikkei.

Many other countries have cited similar security concerns in their decisions to avoid Huawei and ZTE. Australia announced its ban in August, while New Zealand followed with the same ban in late November.

On Dec. 5, BT Group, a British telecom services provider, announced that it would strip its existing 3G and 4G core communications infrastructure of any Huawei equipment. The Chinese company would also be excluded from supplying it with any 5G equipment.

Two of the largest mobile carriers in South Korea, SK Telecom and KT Corp, have both selected Samsung Electronics, Ericsson, and Nokia to supply equipment their 5G networks, ruling out Huawei as their suppliers.

However, LG U+, an LG subsidiary and another major mobile carrier in South Korea, announced on Oct. 30 that it would use Huawei equipment for its 5G services, according to South Korean magazine Business Korea.

India made its decision to ban Huawei and ZTE from the country’s 5G network in September.

Russian state-backed Sputnik News, on Dec. 7, reported that Belgium’s Centre for Cybersecurity, a central government authority on cybersecurity, was considering a ban on Huawei equipment by government institutions.

In an April report, the U.S.-China Economic and Security Review Commission, a Congressional group, pointed to extensive ties between Huawei and the Chinese Communist Party. Huawei founder Ren Zhengfei was a former director of telecoms research in the Chinese military’s General Staff Department.

The company’s CFO was arrested in Vancouver on Dec. 1 at the request of U.S. law enforcement. She is accused of committing fraud in relation to skirting U.S. sanctions on Iran. The United States is seeking her extradition.